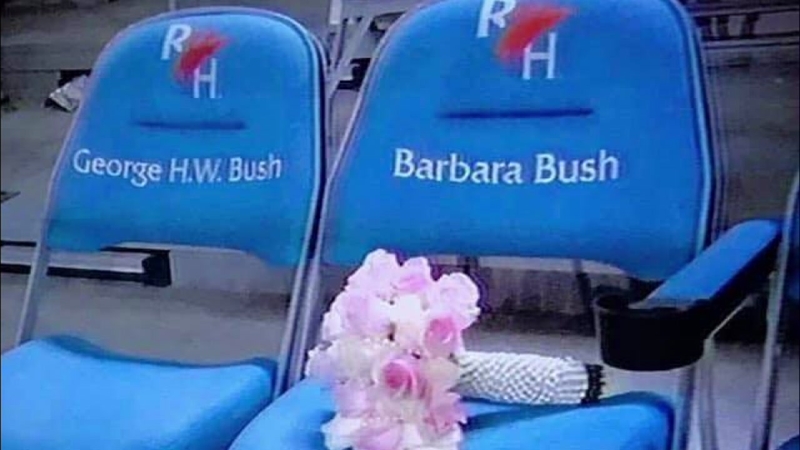 HOUSTON, Texas (KTRK) -- Two of the RodeoHouston's most loyal fans were honored with their seats left empty over the weekend.

The seats were engraved for long-time RodeoHouston supporters, George H.W. and Barbara Bush. Flowers were left for Barbara in her chair. The display was made during Saturday's festivities that was headlined by Brad Paisley.

The former president and first lady were tremendous supporters of the Houston Livestock Show and Rodeo, and would arrive early to catch all of the action from the cowboys in concert.

"They had a very special relationship with some of the entertainers, Reba McEntire and Brad Paisley in particular. And when Reba or Brad would play they'd usually come in advance of the show and sit down and visit with them. And then they would enjoy seats right beside the bucking chute," Rodeo Houston President Joel Cowley said.

The Barbara Bush Literacy Foundation has also been one of the rodeo's educational recipients.