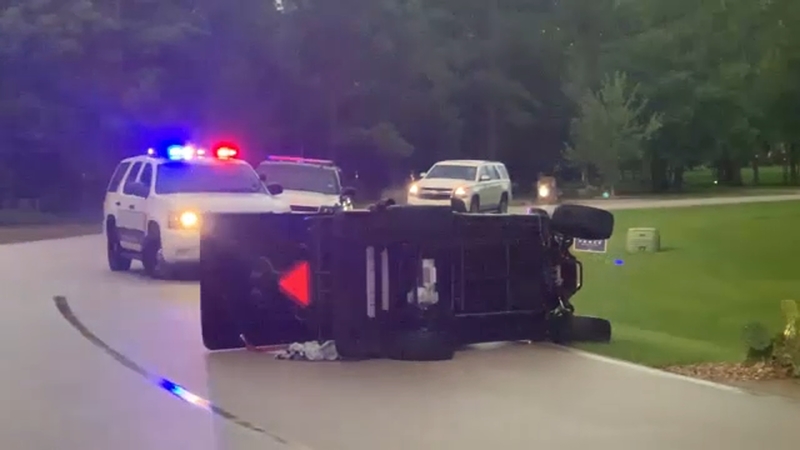 MAGNOLIA, Texas (KTRK) -- A golf cart crash in a Magnolia-area neighborhood over the weekend was caused by an abrupt turn, Department of Public Safety investigators disclosed.

In the latest findings from Sunday's crash, the DPS said a 16-year-old girl was behind the wheel of the golf cart when it rolled over in the 29000 block of Champions Drive just after 6 p.m. She and a 12-year-old boy who died in the incident were the only ones riding.

According to DPS, the teen drove the cart northbound on Champions when it made an abrupt right turn, causing it to roll to the left.

Investigators said the boy had "massive head trauma." He was rushed to Tomball Hospital, where he was later pronounced dead.

The teenage girl was transported to Hermann Memorial and later released. The identities of the two people involved were not immediately released.

On Tuesday, DPS said there aren't any charges currently from the incident.

Original details disclosed by DPS in the hours after the crash indicated the cart had several juveniles on board.

Investigators are also looking into how the two riders were connected to each other.