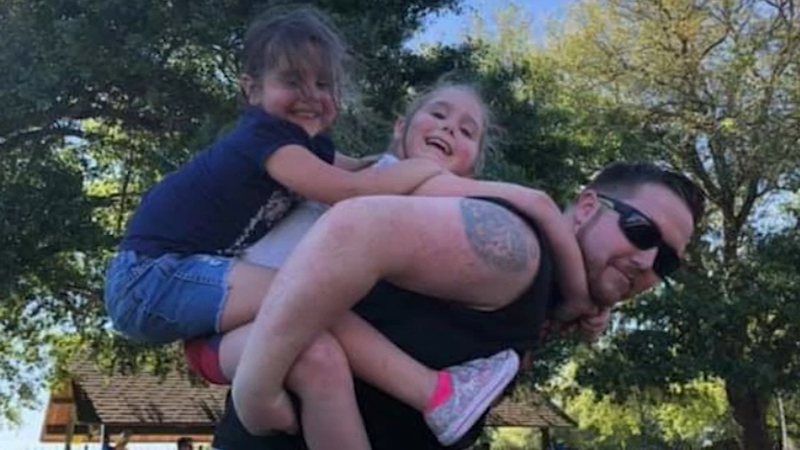 HOUSTON, Texas (KTRK) -- Christopher Houlihan was just 30. A husband and father of two young girls, a passerby found his body on Kieth Harrow Boulevard early in the morning on Dec. 7.

His twin sister Molly Ladner was devastated. She is offering a $10,000 reward for information that helps solve the mystery surrounding her brother's death.

"He was funny, really funny. He always had a joke (and was) always laughing," Ladner told ABC13. "Something happened to him and nobody is saying anything."

Houlihan said he was going to play cards at a local tavern. And that is where investigators found his car, with his cell phone inside.

But the bar's owner said Houlihan never came inside that night. His body was found 2.5 miles away. Some have speculated his death is suspicious beyond the hit and run. Investigators are not willing to go there yet.

"We don't have any evidence of that. We do know he was hit by a vehicle at that location," said accident investigator Johnny Villarreal with the Harris County Sheriff's Office. "So it's uncertain if he left his car there or if he left with someone else or how he got from point A to point B. So far right now, it's uncertain."

A month before he died, Houlihan was the best man in Michael Welch's wedding. They'd been good friends since childhood.

"He was a hard worker. He was a great friend. He was always willing to help people. He loved his kids. He loved his family. His smile just lit up everybody's day," Welch said. "Somebody hit him with a car and just heartless drove off and left him."

He has set up a GoFundMe account to help his friend's wife and children. Houlihan was their sole provider.

Molly just wants answers. For her sake and for her twin's wife, Ashley, and his daughters.

"Who did he leave with? Where did they go?" she asked.

The autopsy results are pending.