The performance comes days after an 11th death was reported in a lawsuit, alleging an unborn child was killed at Astroworld.
KTRK 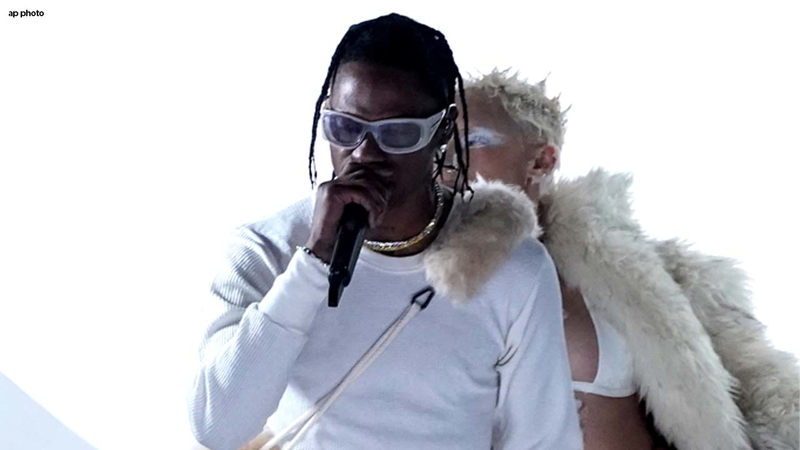 LAS VEGAS, Nevada (KTRK) -- Travis Scott and Morgan Wallen made controversial returns on the Billboard Music Awards stage on Sunday, while Mary J. Blige was honored for her musical excellence.

Wallen performed in his first major awards show after he was caught on camera more than a year ago using a racial slur. After not receiving a verbal introduction, the country star sat alongside his four-piece band and performed "Don't Think Jesus" then his chart-topping "Wasted on You," a single from his popular project "Dangerous: The Double Album."

"I want to say, 'Thank God.' And thank my fans. I got the best damn fans," said Wallen, who acknowledged his mother for accompanying him as his date to the show. He also thanked Billboard for inviting him. He did not mention last year's incident, which once found the disgraced singer rebuked by the music industry.

"Thank you to my little boy," he continued. "You inspire me every single day."

Scott made his first televised performance since a massive crowd surge killed 10 people and injured thousands at his Astroworld Festival in Houston in November last year. The rapper performed his single "Mafia" in an icy, polar-themed set with heavily censored lyrics.

Scott's return wasn't a surprise, though.

Sean "Diddy" Combs, who hosted and served as executive producer, said that he was "uncanceling the canceled," explaining that he looked at Wallen's and Scott's situations and was there "to forgive, to unify, to celebrate and to have everybody be free."

In an interview with Billboard last week before the show, Combs said that canceling is a trend that needs to stop.

"The mood of the show is about love and forgiveness," Combs said, adding that one of his demands for the show was that Scott perform.

Rolling Stone reports that Scott has been tapped to headline a festival in Brazil on what would be one day after marking a year since the Astroworld tragedy.

But what happened at the festival is far from over.

Last week, an 11th death was linked to the show. An Ohio couple has sued, claiming that their unborn child died when the mother was trampled and crushed while attending the festival.

It's unclear from the lawsuit how long after the Nov. 5 concert the mother miscarried, and we don't know how far along into her pregnancy she was at the time.

The case was filed on Dec. 27, 2021, but it came to light because a court filing listed 11 deaths, prompting questions to the attorneys in the case.

Texas law does allow would-be parents to sue for the wrongful death of an unborn child. It is not allowed in all states, but is allowed here.

Live Nation, the event's organizer, filed a response to the lawsuit denying all claims.

As for other big Billboard moments, Mary J. Blige received the Icon Award for being an influential music maker. The singer, known as the Queen of Hip-Hop Soul, was presented the award by Janet Jackson and escorted on stage by Combs, who emceed the show, which was broadcasted live from the MGM Grand Garden Arena in Las Vegas.

Blige said she was in a "dream right now" after she received the honor. She spoke about the journey of becoming an icon not being an easy feat during her stellar career.

"I've been on this journey for a long time, one that didn't always look the way you see me now, one that is filled with a lot of heartache and pain," she said. "But God helped me to channel those experiences and emotions in my music, which is where I started in music."

Maxwell paid homage to Michael Jackson's "Thriller" in a performance that celebrated the 40th anniversary of the King of Pop's 1982 album. The singer took the stage with sparkling black gloves and a jacket before he performed the heartfelt jam "The Lady in My Life."

Combs honored activist Tamika Mallory with the Revolt Black Excellence Award. He applauded Mallory's efforts as an organizer of the Women's March in 2017, being an advocate for gun control and supporter of the Black Lives Matter movement.

"You fight for us on the front lines, and we just have to pay so much respect for you, queen," Combs said before calling her "fearless."

After hearing Combs' gracious remarks, Mallory was almost moved to tears. She then took the opportunity to bring up the deadly mass shooting Saturday that left 10 dead in Buffalo, New York.

The white gunman was arrested on a murder charge after the supermarket attack, in what police called a hate crime, where most of the victims were Black.

Earlier, Drake was named top artist, male artist, rap artist, rap male artist and rap album for "Certified Lover Boy." The rapper extended his record as the most decorated winner in the history of the awards show with 34 wins.

Ye made his mark in the faith-based categories - again: The rapper won top Christian artist for the first time, but he claimed top gospel artist and gospel song for a third year in a row. He also received top gospel album for the second time.

Doja Cat came away with four awards. She won top R&B artist and R&B female artist for the second consecutive year, along with top R&B album and female artist.

Amariyanna Copeny showed some nervousness after receiving the Changemaker Award for her community efforts in the Flint water crisis that began in 2014. The now 14-year-old Copeny, known as Little Miss Flint, often burst into laughter while reading the teleprompter on stage.

"I don't do the work for accolades and clout," Copeny said. "I do it for the kids back home in Flint that are still being poisoned by the water," she continued. She was presented the award by Teyana Taylor.

Becky G, who released the album "Esquemas" on Friday, performed "Baile Con Mi Ex" and her hit song "MAMIII," which topped the Billboard's Hot Latin Songs chart. Ed Sheeran delivered a remote performance from Northern Ireland, where he is on tour.