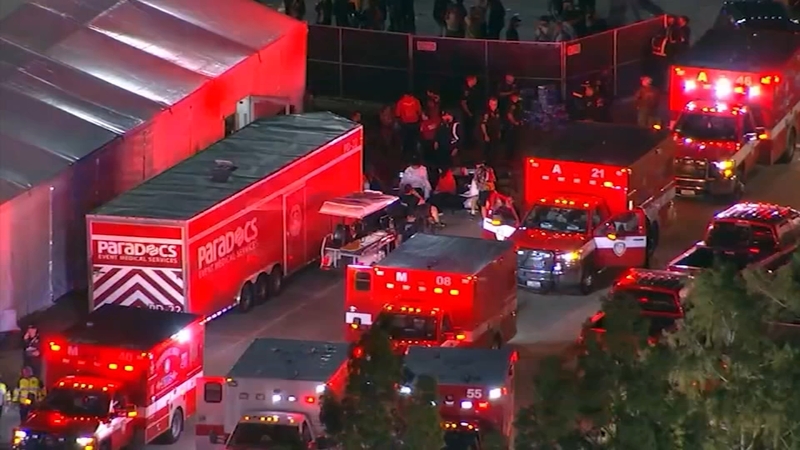 HOUSTON, Texas (KTRK) -- An 11th death is now being linked to the Astroworld festival in November.

An Ohio couple claims in a lawsuit, first reported on by Rolling Stone, that their unborn child died as the mother, Shanazia WIlliamson, was being "trampled and crushed (while in attendance at the festival) resulting in horrific injuries and ultimately the death of her and (her husband) Jarawd's unborn child."

Williamson lives in Ohio. The baby's death was not cataloged by the Harris County Institute of Forensic Services as the death or miscarriage did not occur in Houston.

It is unclear from the lawsuit how long after the Nov. 5, 2021 festival Williamson miscarried, nor how far into her pregnancy she was at the time of the concert. A spokesman for the lawyers who filed the lawsuit told 13 Investigates the lawyers had no further comment beyond the court filing.

It is unlikely attorneys will be able to clarify those questions due to an extensive gag order in the case imposed by Judge Kristen Hawkins.

The case was initially filed on Dec. 27, 2021. This week, a court filing listed 11 deaths prompting questions to the attorneys in the case.

Previously only 10 deaths had been reported or acknowledged by local authorities, with all ten of those individuals dying of "compression asphyxiation."

Three days after the curious case count, Rolling Stone broke the news of the months-old case.

Texas law does allow would-be parents to sue for the wrongful death of an unborn child. It is not allowed in all states, but is allowed here.

Live Nation, the event's organizer, filed a response to the lawsuit denying all claims.

More than a month since the Astroworld Festival tragedy that killed 10 people, we're learning more about the victims' cause of death.