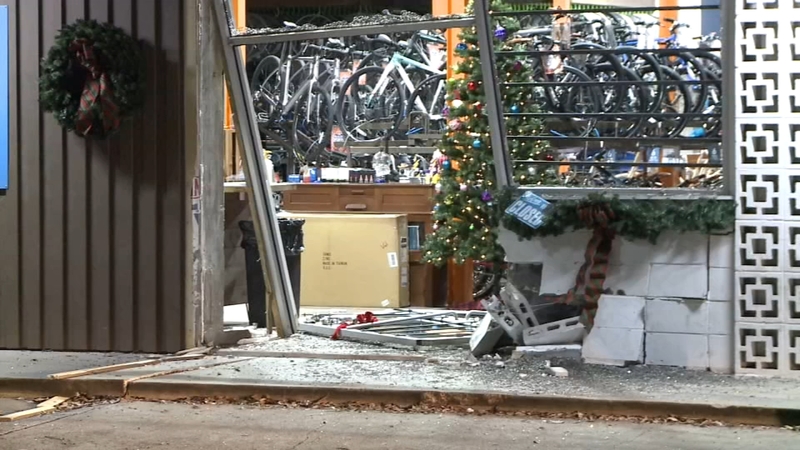 HOUSTON, Texas (KTRK) -- Police are investigating what they said was a smash-and-grab involving a U-Haul outside a bike shop in north Houston.

Along with many other independent, small businesses, bike owners said criminals want to get their hands on expensive equipment, especially during the holiday season.

Around 1:15 a.m., police arrived to the store after an alarm was triggered. Investigators are not sure how many bikes were stolen, or if the suspects got away with anything from inside the shop.

The U-Haul that police believe was used was found abandoned nearby.

Thursday's heist attempt is part of a growing trend in crimes related to bicycles. Bike thefts are up 68% since last year according to the Bike Registry Group. On average, a bike is stolen every 30 seconds, totaling 1.7 million missing bicycles every year.