Family of single mom killed during Baytown vigil pleads for information on suspects: 'It's unfair' 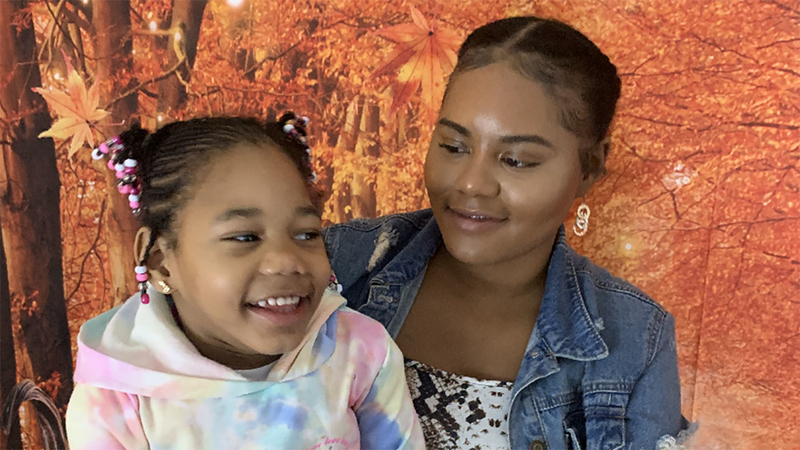 Family of mom killed pleads for information on suspect: 'It's unfair'

HOUSTON, Texas (KTRK) -- A 25-year-old mother is the victim of a deadly mass shooting that took place during a candlelight vigil for a friend in Baytown.

On Sunday, at about 7 p.m., a gunman fired into a crowd that was gathered at a field near North Market Loop in Baytown. Disha Allen was shot to death and at least 13 others were injured.

Allen's mother, Leanna Goudeau, said her daughter was a single mom who works in security, and leaves behind a daughter.

"I feel it's unfair that she's leaving behind her daughter, who will be five next week, and will never see her mother again," Goudeau said.

SEE ALSO: Suspect on the run after 1 dead, 13 injured in drive-by shooting at vigil in Baytown, deputies say

The vigil Allen attended was for Jamal Narcisse, a 29-year-old man, who was murdered earlier in December. Narcisse's mom organized the vigil outside of her food truck, "Yvonne's Famous Kitchen."

While the crowd released balloons into the air, a suspect drove by and shot into the crowd, deputies said. Goudeau said she last spoke with her daughter hours before.

"She said, 'I'll see you in the morning,'" recalled Goudeau.

Allen was supposed to pick up her daughter, who has special needs. Goudeau helps take care of her and is now struggling with how her granddaughter will process the loss.

"She has a lot on her plate already with my granddaughter being special needs," Goudeau said. "She was a responsible single mother, doing the best she could."

The family is begging anyone with any information to come forward to help get justice for Allen and her daughter.

"My heart goes out to everyone involved and the ones that got to go home, but (Allen) didn't get that chance. So, please help us get her justice," Allen's aunt, Annie Goudeau said.

A GoFundMe has been set up to help with funeral expenses for Allen.