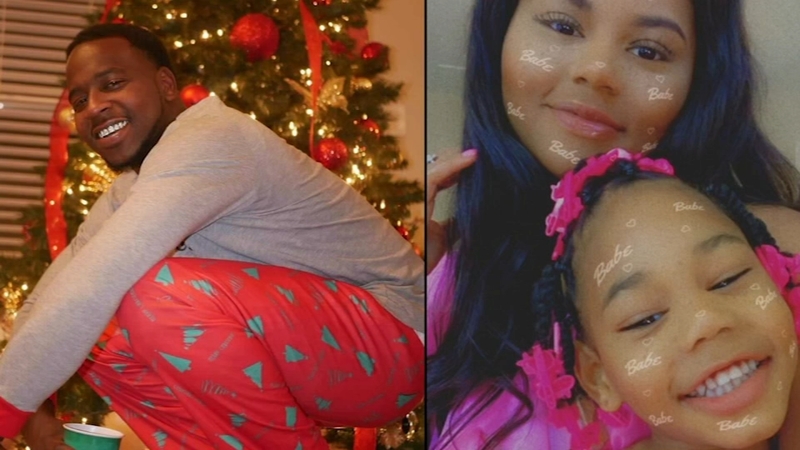 Mom apologetic that son's vigil turned into another family's tragedy

BAYTOWN, Texas (KTRK) -- A mother who held a vigil in honor of her murdered son, which turned into the scene of a mass shooting, is speaking out from her hospital bed about the chaos that unfolded.

Sunday was supposed to be a night of remembrance for Yvonne's Narcisse's son, Jamal Narcisse, who was recently shot and killed. Yvonne held a candlelight vigil and raised money for Jamal's funeral at her food truck, Yvonne's Famous Kitchen, near the North Market Loop in Baytown.

In the middle of the vigil, a gunman opened fire on the crowd of over 100 people, killing 25-year-old Disha Allen and injuring 13 others. Yvonne was among those injured and is recovering after a bullet struck her foot.

"It was like a nightmare. Everyone falling on the ground," Yvonne said. "People were running behind the cars, hollering."

According to Yvonne, Allen has a baby with her nephew, so she attended the vigil to support the family. She spent the night comforting Yvonne, before her own life was taken.

"She was just grieving with me, telling me to be strong and it was going to work out," Yvonne recalled. "We were standing next to each other crying."

ABC13 spoke exclusively with Allen's mother, who is now taking care of her granddaughter while mourning the loss of her daughter.

"I feel it's unfair. She left behind her daughter who will be five next week and will never see her mother again," Leanna Goudeau said.

Yvonne said she understands the pain Goudeau is going through, having just lost her own child, and is deeply apologetic that the vigil turned into another family's tragedy.

"My heart goes out to her because I know how broken down my heart is for my son," Yvonne said. "I can imagine how she's feeling. I just wish I could change things."

Investigators have not said whether they believe it is connected.

The suspect(s) are believed to have been driving a small dark-colored sedan. Anyone with information is asked to contact the Harris County Sherriff's Office at 713-274-9100 or Crime Stoppers at 713-222-TIPS for a possible reward of up to $5,000.