Confused over Texas school reopening plans? We clear it up 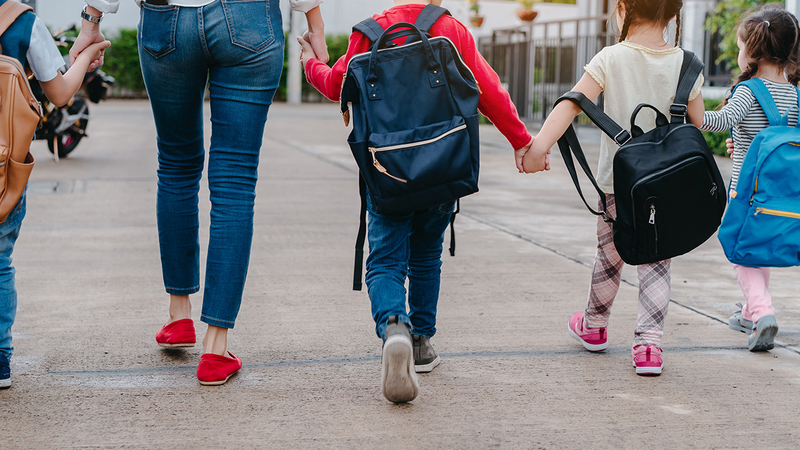 Confused over Texas school reopening rules? We clear it up

HOUSTON, Texas (KTRK) -- After Texas Attorney General Ken Paxton's guidance on schools reopening noted that public health officials do not have the authority to mandate school closures as a preventative measure, the Texas Education Agency, along with the CDC, made adjustments to its guidance as well.

Maria Abonce, a teacher and a mother of four, feels it's unfair to students and teachers that guidance from state and local officials have been at odds when it comes to reopening schools.

"There's one plan one day and then the next day there's another plan, and they're not basing it on the data," Abonce said. "It doesn't seem fair for the kids and the parents because they think, 'Oh, we're
going to go back soon and then we're not.' It's pretty scary, you know."

Abonce is not alone. Parents and teachers on social media continue to share their frustrations.

If you're unsure, ABC13 went searching for information to get you answers. Here's what we know:

According to the Texas Education Agency's latest guidance, which was most recently updated on Tuesday, Texas schools can reopen with in-person learning while offering an option for parents to opt out and choose online learning, if they prefer.

School districts can also start virtually for the first four weeks and slowly phase-in students back into the classroom.

According to the TEA, school districts can extend that for an additional four weeks, bringing it to a total of eight weeks, if voted and approved by the school board.

On July 24, Harris County, along with the city of Houston, announced a joint public health order, urging public schools and non-religious private schools to remain closed until Sept. 8 and ordered online instruction only.

Paxton announced Tuesday that public health officials do not have the authority to close public or private schools. Public health authorities can order schools to close if there is a COVID-19 outbreak in schools, but can't order closure as a 'preventive measure.'

On Wednesday, the TEA sent ABC13 the following statement:

"As the Texas Attorney General's guidance letter of July 28, 2020 indicated: '...local health authorities may not issue blanket orders closing all schools in their jurisdiction....' The guidance letter further provides that health authority orders may not conflict with executive orders of the governor; they must apply control measures required by statute. As a state agency, we will follow the Attorney General's guidance. Consequently, a blanket order closing schools does not constitute a legally issued closure order for purposes of funding solely remote instruction for an indefinite period of time. However, another valid funding exception may apply, such as a start-of-year transition period. For example, school systems may begin the year virtually under TEA funding waivers for up to four weeks, and subject to a vote of the local school board, can extend that for an additional four weeks. TEA will also continue to adjust its waivers as the situation warrants. Protecting the health of students, teachers, and staff remains our first priority."

Meanwhile, Pearland ISD and Splendora ISD both confirmed they will be pushing back their start dates to Aug. 31 and Aug. 17 respectively.

As Texas officials work to address a surge in COVID-19 cases, ABC13 will present a two-night town hall on Wednesday and Thursday, July 29 and 30 at 7 p.m., highlighting what you need to know as students head back to class for the fall semester.

Hit play to watch a breakdown of the Texas school reopening plans timeline.

We know from our 13 Investigates survey that some Texas districts were frustrated by reopening guidance coming in early July.

Now, a month later, that same sentiment is coming from parents.

The short answer is: maybe it's not over yet.

Here are a few key dates to remember:

That order was the most confusing change in a month of changes because it said more than it actually did.

Schools can still remain online-only for eight weeks and get funded based on education rules, not health orders.

Staying completely virtual longer than that, in most districts into mid-October or November, could require a lawsuit.

Here are two things that are certain: Schools can remain online for eight weeks and parents can choose to go virtual all year for their own children.