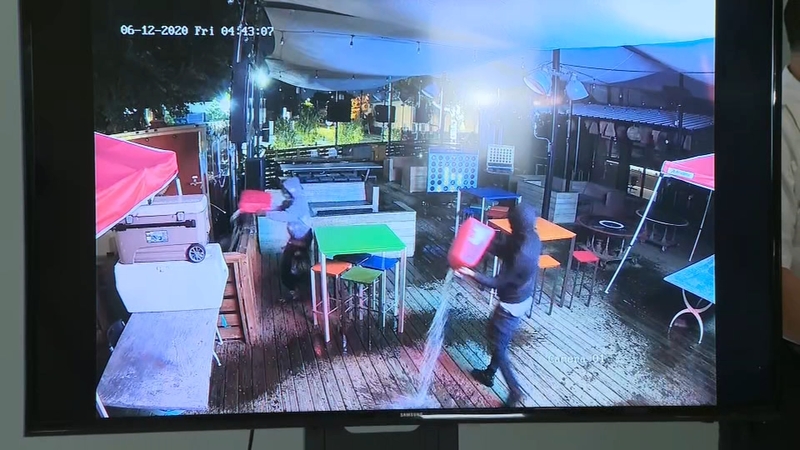 HFD's full briefing on arson at Bar 5015 in Third Ward

HOUSTON, Texas (KTRK) -- A group of men were caught on camera dumping cans of liquid onto the deck of a Houston bar that exploded last week and investigators are asking for your help in finding them.

It happened at Bar 5015 on June 12 on Almeda Road at Wichita Street.

The explosion sent debris hundreds of feet in every direction and destroyed a large portion of the business.

"What we do know is this is an intentional act of arson," Houston Fire Chief Sam Peña said. "The intent is obvious."

Four men are seen carrying 5-gallon containers and dumping the contents onto a wooden deck outside the building. One of the men ignited the liquid, which caused the explosion around 5 a.m.

Investigators said they believe the men involved may have been burned during the incident.

Just after the blast, accelerant-sniffing dogs hit on a couple of spots at the business, leading them to find that gasoline may have been involved, Peña said last week.

RELATED: Owner of bar where intentional explosion happened in 'disbelief'