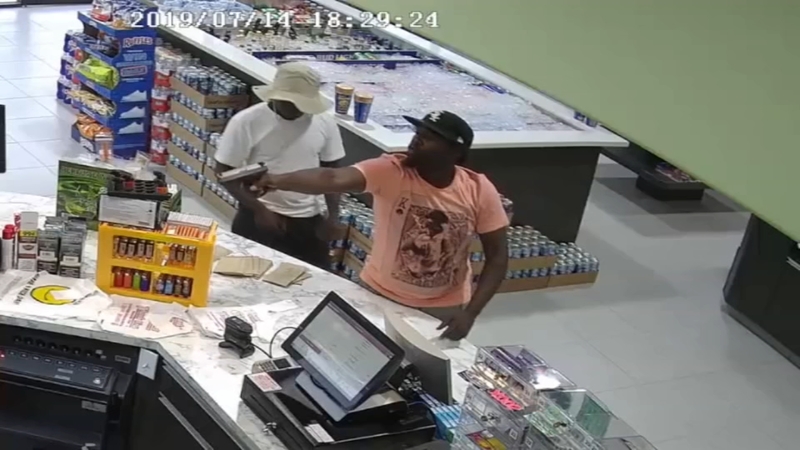 Police say one man jumped the counter while the second man pointed a handgun at the clerk.

During the robbery, the store clerk was shot and killed by one of the suspects.