Death toll in Bangladesh over 400

A raucous procession of workers on foot, pickup trucks and motorcycles wound its way through central Dhaka on Wednesday. They waved the national flag and banners, beat drums and chanted "direct action!" and "death penalty!"

From a loudspeaker on the back of a truck, a participant spoke for the group: "My brother has died. My sister has died. Their blood will not be valueless."

May Day protests, customarily an opportunity for workers in this impoverished South Asian nation to vent their grievances, have taken on a poignant significance this year following the April 24 disaster.

Five garment factories were housed in the illegally constructed, eight-story Rana Plaza that collapsed in this Dhaka suburb. Five months after a fire killed 112 people at another clothing factory, the collapse again exposed safety problems in Bangladesh's garment industry, which is worth $20 billion annually and supplies retailers around the world.

The death toll from the collapse passed 400 Wednesday, with 399 bodies pulled from the rubble and three of the injured dying in the hospital, police said.

The owner of the building, Mohammed Sohel Rana, is being questioned by police while under arrest. He is expected to be charged with negligence, illegal construction and forcing workers to join work, which is punishable by a maximum of seven years in jail. Authorities have not said if more serious crimes will be added.

"I want the death penalty for the owner of the building. We want regular salaries, raises and absolutely we want better safety in our factories," said Mongidul Islam Rana, 18, who works in a garment factory that was not located in Rana Plaza.

The Bangladesh High Court has ordered the government to confiscate Rana's property and to freeze the assets of the owners of the factories in Rana Plaza so the money can be used to pay the salaries of their workers.

Rana had permission to build five stories but added three more floors illegally. When huge cracks appeared in the building a day before its collapse, police ordered an evacuation, but Rana told tenants that it was safe and they should go back in. The next day, a bank and some shops refused to occupy the premises but factory managers told their workers to go back in. A couple of hours later the building came down in a heap of concrete and bricks.

Some 2,500 people escaped with injuries. Rescue workers expect the death toll to rise, because they believe many bodies are still buried on the ground level.

There is confusion over how many people remain missing.

Zillur Rahman Chowdhury, a Dhaka district administrator, said so far 149 people have been listed missing. A police official, Aminur Rahman, said police have recorded up to 1,300 names as missing, but he cautioned that many may be duplicates. "We will now have to screen the names by computer to find the actual number," he said.

Rescuers estimate that the building turned into 600 tons of rubble, of which 350 tons has been removed.

Anxious relatives were still looking for their loved ones missing. Kulsum, who uses one name, was looking for her husband, holding his photograph among several hundred people at a nearby school ground.

"My husband was inside the building on the fifth floor," said Kulsum. "I haven't found him. Neither alive nor dead."

The garment-factory fire in November brought widespread pledges to improve worker-safety standards in Bangladesh. But since then, very little has changed.

Bangladesh's garment industry was the third-largest in the world in 2011, after China and Italy, having grown rapidly in the past decade.

Among the garment makers in the building were Phantom Apparels, Phantom Tac, Ether Tex, New Wave Style and New Wave Bottoms. Altogether, they produced several million shirts, pants and other garments a year.

The New Wave companies, according to their website, make clothing for several major North American and European retailers. Britain's Primark has acknowledged it was using a factory in Rana Plaza. It said in a statement Monday that it is providing emergency aid and will pay compensation to victims who worked for its supplier.

"Primark notes the fact that its supplier shared the building with those of other retailers. We are fully aware of our responsibility. We urge these other retailers to come forward and offer assistance," it said.

Canadian company Loblaw Inc., which also got its Joe Fresh clothing line made in Rana Plaza, said Monday it will ensure that victims and their families "receive benefits now and in the future."

Spokeswoman Julija Hunter said the company is still working out the details, but plans to deliver support "in the best and most meaningful way possible."

Many workers had complained after the factory fire in November that they did not receive compensation in time.

Wal-Mart said none of its clothing had been authorized to be made in the Rana Plaza facility, but it is investigating whether there was any unauthorized production. 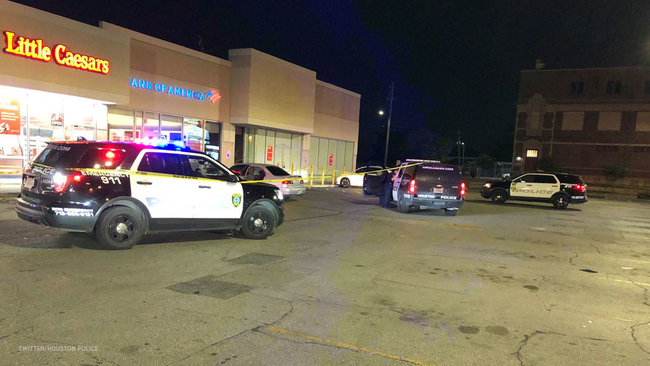