The pairing of these icons, the English monarch and the king of spies -- in a film for the opening ceremony of the London Olympics -- was a thrilling moment. It scarcely mattered that one of them was fictional. Agent 007 is real to millions of moviegoers, and once again they will flock to see Bond battle for queen and country when his 23rd official screen adventure, "Skyfall," opens this fall.

He's come a long way in the 50 years since the release -- on Oct. 5, 1962 -- of a modestly budgeted spy movie called "Dr. No." It introduced a dapper but deadly secret agent who wore Savile Row suits, drove an Aston Martin, liked his martinis shaken, not stirred, and announced himself as "Bond, James Bond."

What's the secret of his survival? Familiarity, says Roger Moore, who played Bond in seven films, more than any other actor.

"It's sort of like a bedtime story: As long as you don't go too far away from the original, the child is happy," Moore said. "The audience gets what it's expecting: beautiful girls, actions, gadgets -- there's a formula."

That fiendishly successful formula had modest beginnings. Two upstart producers, Canadian Harry Saltzman and American Albert "Cubby" Broccoli, acquired the rights to a series of novels by Ian Fleming, a former World War II intelligence officer who had created 007 as sort of a fantasy alter-ego.

Saltzman and Broccoli had a budget of just $1 million, but through a blend of luck and design assembled an amazing team of on- and off-screen talent.

Sean Connery, a relatively unknown Scottish actor and former bodybuilder, was cast as Bond against the wishes of studio United Artists, which wanted an established star such as Cary Grant for the role.

"Everything or Nothing," a new documentary about the Bond films, says the final seal of approval came from Cubby Broccoli's wife. "Is he sexy?" Broccoli asked her.

Connery got the part.

In the documentary, which airs Friday on EPIX, Adam recalls feeling "crazy with courage" in those early days. Others remember the same devil-may-care atmosphere.

"It was barnstorming days," said David M. Kay, whose company provided aircraft for filming and stunts on the early Bond films, including the helicopter-volcano sequence in "You Only Live Twice."

"We didn't have health and safety as we have now. Broccoli was an absolute cavalier and demanded things that were well-nigh impossible," Kay recalled.

It was also enormous fun, he said -- "Men playing with boys' toys."

That sense of playfulness spilled over to the screen. "Dr. No" arrived in movie theaters with perfect timing, as Britain swapped postwar austerity for growing prosperity.

Bond's world of cars, casinos and caviar was sexy, luxurious and colorful. Instead of a gray, shadowy figure, here was spy as glamorous jet-setter. The films turned Cold War anxiety into a thrill-ride from which the good guy always emerged triumphant.

"There had been nothing like it before," said Graham Rye, editor of 007 magazine, who remembers being blown away by the film as an 11-year-old. "A lot of British films at the time were austere, black-and-white, kitchen-sink dramas. When `Dr. No' exploded onto the screen, it had a pretty visceral effect on everybody."

Since then, Bond has survived showdowns with enemies from uber-villain Ernst Blofeld to steel-toothed assassin Jaws. Even more impressively, he has weathered the social revolution of the 1960s, financial woes and lawsuits, multiple changes of lead actor, the end of the Cold War and the dawn of the War on Terror.

His survival is the result of chemistry, tenacity and luck.

"Dr. No" received mixed reviews -- some positive, others dismissive. "Pure, escapist bunk," sniffed Bosley Crowther of the New York Times. But audiences responded, and "From Russia With Love," released the next year, was also a hit. By 1964's "Goldfinger," Bond was a phenomenon.

From the start, success was enhanced by clever marketing. We may think of product placement and merchandising as recent strategies -- Daniel Craig's Bond diverges from his martini habit to drink Heineken -- but it was part of the package starting with the books, in which Bond's watch is a Rolex, his shampoo Pinaud Elixir.

What began as Fleming's way of demonstrating his character's expensive tastes quickly became a commercial arrangement, now worth millions to the films' producers.

More than movies, these were experiences in which key elements were established, expected and anticipated. The locations that spanned the globe and headed into outer space; the gravity-defying stunt sequences; the rocket belts, car-submarines and other gadgets; the megalomaniacal villains and their sadistic henchmen -- all quickly became part of the Bond brand.

So did the theme songs, many of them performed by the biggest artists of the day, from Paul McCartney ("Live and Let Die") to Madonna ("Die Another Day").

And, of course, there were the "Bond girls," characters who are victims or villains but always fatefully -- and often fatally -- attracted to 007.

Bond's scantily clad female companions have long provided ammunition for critics, who accuse the films of sexism, though others argue that the films offer eye-candy for everyone: Ursula Andress in a bikini, but also Daniel Craig in his tight blue swim trunks.

The films' producers at EON Productions -- today run by Cubby Broccoli's daughter and stepson, Barbara Broccoli and Michael G. Wilson -- have become expert at honing the formula. They are masters of suspense, drip-feeding details about each new film -- title, locations, guest stars -- to eager fans.

Like its hero, the series has had many near-death experiences. Connery quit acrimoniously after six films. There was a long-running legal battle with screenwriter Kevin McClory over rights to the "Thunderball" script. The result was the unofficial Bond film "Never Say Never Again," which saw 52-year-old Connery return after a decade away from the role.

Former model George Lazenby lasted just a single film -- "On Her Majesty's Secret Service" from 1969, a dark-hued tale that ranks among many fans' favorites. Moore took Bond in a lighter direction during the 1970s.

Just as 007's clothes have evolved with changing fashions -- from Connery's lean `60s suits to Moore's flares to Craig's Tom Ford formalwear -- producers have tried to find Bonds to mirror the mood of the times.

The aftermath of the Sept. 11 attacks brought a change of tone. Craig's Bond, who made his debut in "Casino Royale" in 2006, is a darker, tougher spy who harkens back to Fleming's original, restoring sadism and self-loathing to Bond's emotional arsenal.

Although the Broccoli family won't comment, media reports say Craig has committed to two more films after "Skyfall," with Bond 24 due for release in 2014 or 2015 -- that is, if 007 continues to cheat death.

The most recent threat to Bond was a production delay on "Skyfall" when studio MGM filed for bankruptcy in 2010.

But Agent 007 is in pretty good shape for 50. Will he last another half century?

Rye, the magazine editor, thinks so. 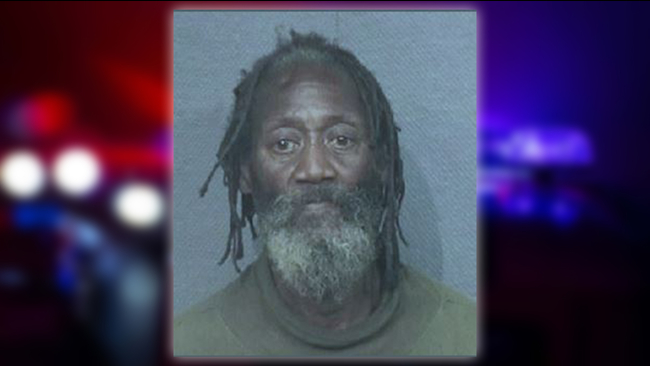