One person arrested in flea market shooting that killed 2, injured 3 others 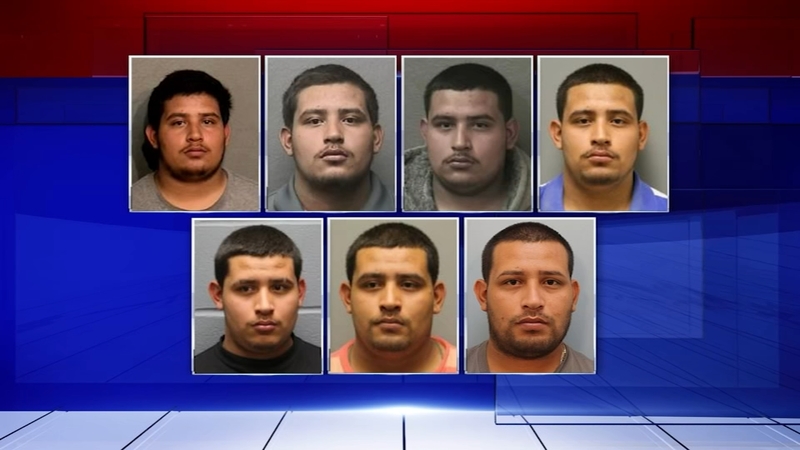 HARRIS COUNTY, Texas (KTRK) -- One man has been arrested in connection to a deadly shooting at a busy flea market on Sunday afternoon in north Harris County, according to the Harris County Sheriff's Office.

At about 1 p.m., deputies responded to a shooting at La Tia Pancha in the 8800 block of Airline Drive where multiple people were shot, according to deputies.

Several men pulled out guns, surrounded by a crowd of hundreds of people enjoying their Sunday afternoon at the popular flea market.

HSCO said the shooting stemmed from an argument involving everyone who was injured. Several people left and went to get their guns before returning back to the flea market and opening fire, according to the sheriff's office.

Despite a busy market filled with families and children, no innocent bystanders were hurt.

"There are a lot of people up and down Airline here, just trying to come out and enjoy the flea market, have something to eat and something to drink, so it's very tragic," Major Susan Cotter with HCSO.

Several handguns were recovered on the scene, which is why investigators believe there are multiple shooters. Deputies say some of the men fled before officers arrived, and at least one of the men in the hospital is considered a possible suspect. However, deputies are still waiting to interview the three at the hospital

Angel Flores-Lopez, 27, is charged with tampering with evidence following the shooting. Records obtained by ABC13 state allege he is caught on video taking a gun off the waistband of the shooter and hiding it. A judge set his bond at $7,500.

Flores-Lopez has a lengthy criminal history dating back to 2011, filled with misdemeanor charges, including possession of marijuana and tampering with government records.

Family members identified one of the victims who was shot and killed as 29-year-old Juann Romero.

His sister, Yeraldi Romero, said her older brother was going to the flea market to enjoy his Sunday, like any other weekend. According to Yeraldi, Juan was with their cousin, who is one of the three injured at the hospital. She wants to know how a day at the flea market turned into such tragedy.

"This tragedy happened and I don't know why," Yeraldi said. "He always made everyone laugh, very happy, joyful, so it just really hurts because he's my older brother and I look up to him. It's very hard."