The worst accident in Houston history: The 1976 ammonia truck disaster 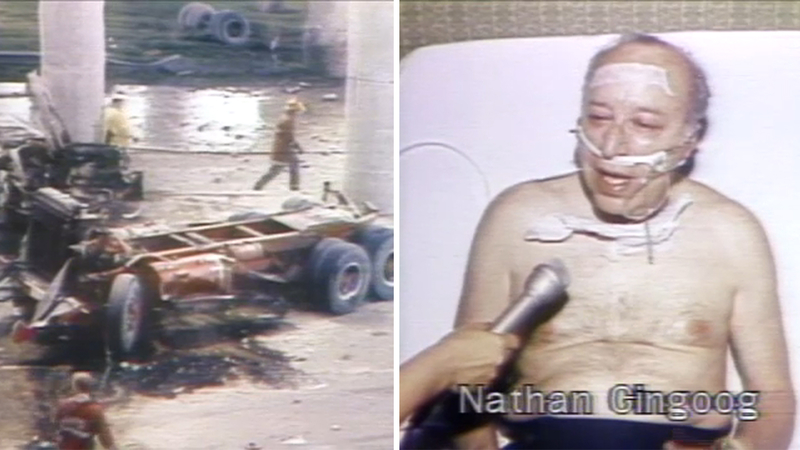 HOUSTON, Texas (KTRK) -- It was the worst accident in Houston history. On May 11, 1976, at 11:08 a.m., a tank truck carrying 7,500 gallons of anhydrous ammonia lost control, crashed through a guardrail and careened off a ramp to the freeway below.

The tractor-trailer struck a column on the way down, and landed on the Southwest Freeway, rupturing the tank and releasing a deadly cloud of ammonia over the busy I-610 at US-59 interchange.

You can watch archive footage of ABC13's coverage of the deadly crash from May 11, 1976 in the video player above.

Those who weren't injured in the initial accident found themselves trapped in a cloud of gas and running for their lives. One person was killed in the accident and five people were killed from inhaling anhydrous ammonia. In total, 178 people were injured from the ammonia fumes, including 78 who had to be hospitalized.

The National Transportation Safety Board concluded that the probable cause of the accident was the excessive speed of the vehicle combined with the lateral surge of liquid in the partially loaded truck, which caused it to overturn.