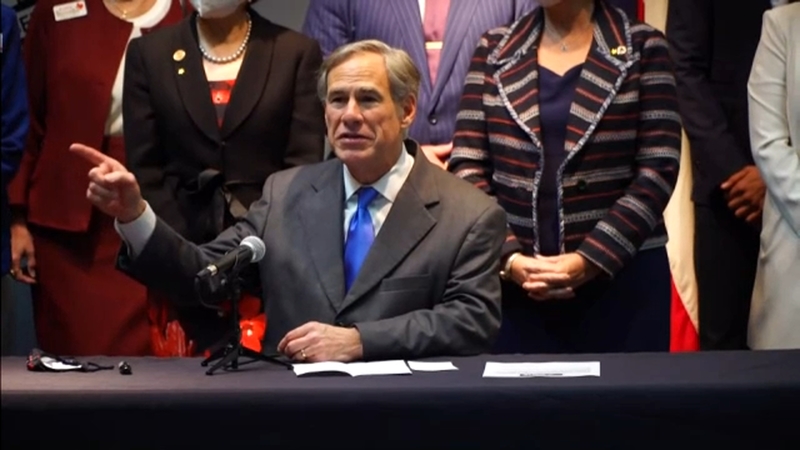 DALLAS, Texas (KTRK) -- In the midst of a resurgence of civil unrest on the heels of a Kentucky grand jury's decision to indict only one of the officers in the Breonna Taylor case, Texas Gov. Greg Abbott announced more legislative proposals aimed at rioting while also bolstering protection for police officers.

Backed by other state leaders and members of the Dallas Police Association, Abbott laid out these proposals that would turn rioting-related offenses into felonies:

Last month, Abbott and other state leaders criticized Texas city officials for recent attempts to lower police spending and use those funds for social services that activists and local officials say could stem systemic racism and crime. After the Austin City Council cut its police budget in August, Abbott and other Texas Republicans have offered several proposals for drastic legislation to counter local budget decreases - echoing a polarizing national debate about American policing in the 21st century.

Gov. Greg Abbott plans to propose legislation related to the movement to defund police depts. Press play to hear what he is asking lawmakers and citizens to do.

Republicans and Democrats often stick to their party lines that pit a fear of rising crime in major cities against calls for racial justice and reforms to police behavior. Calls to cut police budgets and reform officers' tactics gained renewed momentum this year after the death of George Floyd, a Black man who died after a white Minneapolis police officer knelt on his neck for nearly eight minutes in May.

Protests demanding such changes have occurred across the nation and in Texas. Two days of unruly protests against police brutality at the Texas Capitol in May left graffiti on the historic building and cuts and bruises on state police officers. The Texas Department of Public Safety spent the summer naming and arresting suspects, the majority of whom are accused of misdemeanors.