Wild hog attacks man and his 2 dogs in Montgomery County 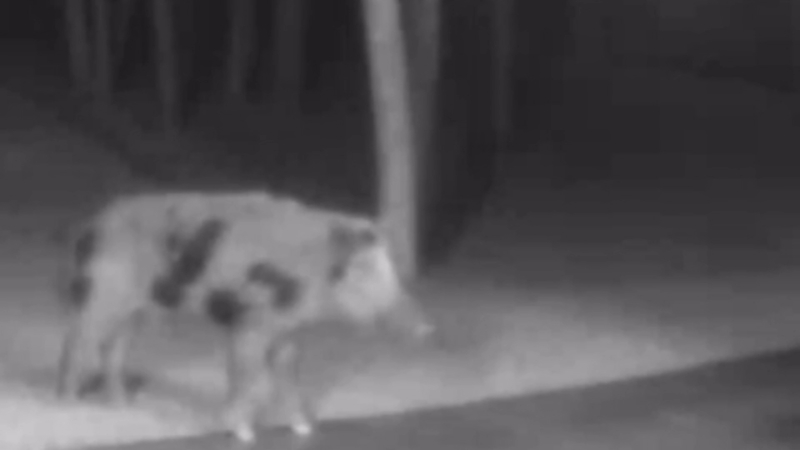 MONTGOMERY COUNTY, Texas (KTRK) -- A Montgomery County man woke up Wednesday morning to find a hog fighting his two dogs in the backyard.

His dogs' barking woke him up just after 4 a.m. An invisible fence kept the dogs from the hog, but the fight began right after the hog crossed the fence.

When the man tried to break up the fight, the hog charged toward him and sent him running to hide behind a wooden enclosed fish pond.

The hog slammed against the back door several times, breaking it off the hinges.

The hog chased the man around the fish pond and his child's playground, breaking both. He then charged at the resident's wife, who had walked out to see what was going on.

The wife ran back inside and spotted the hog about 10 feet outside their front door.

Fearing the hog would charge at the glass door, the man stepped out from the garage and killed the hog with his crossbow.

When he called the Montgomery County Sheriff's Office, they said the hog was a nuisance animal and did not come out to the neighborhood.