"Actually relieved and blessed it is finally over," said Demetrius Proctor. ABC13 was the first to tell him the news that the drug possession case against him was being dismissed. "I shouldn't be going through this anyway."

In March, Proctor told ABC13 Eyewitness News that now-retired Houston police officer Goines' narcotics team got it wrong. With a no-knock warrant claiming he was selling drugs, they broke down Proctor's door. Officers say they found a few pills.

Friday, the district attorney's office announced 27 dismissals adding to the half dozen previous ones due to "concerns about the credibility" of Goines and his partner, Steven Bryant.

Bryant also retired while under investigation. The two officers were involved in the failed Harding Street drug raid Jan 28.

Dennis Tuttle and his wife Rhogena Nicholas were killed. Four officers were shot.

Goines' is accused of lying on a search warrant that led to it. Bryant's actions afterwards have been called into question.

"Civil liberties are being trammeled because officers are lying on affidavits. How many Goines are out there. He got caught," said defense attorney Mike Driver. He represents Aundra Pipkins, whose drug case was also dismissed.

Goines attorney warned about jumping to conclusions. "I don't think this is a determination that something is wrong with these cases or that they (prosecutors) don't believe him (Goines). They just can't call him as a witness while he's under investigation," said Nicole DeBorde.

"We can't vouch for these officers' credibility," said District Attorney Kim Ogg when announcing the dismissals.

Houston Police Department, the distinct attorney's office and the FBI are still investigating the raid. Two-thousand two hundred cases are under review. The ones that have been dismissed were active ones. 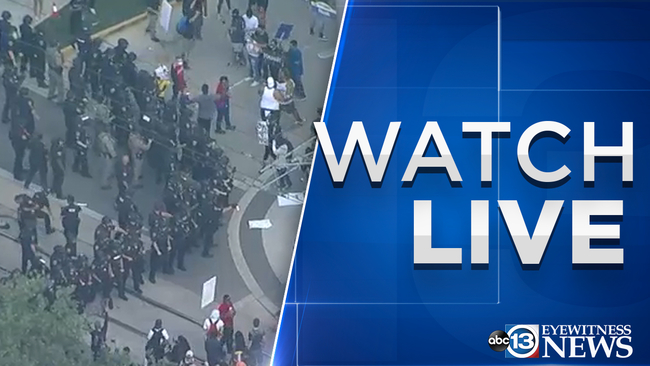