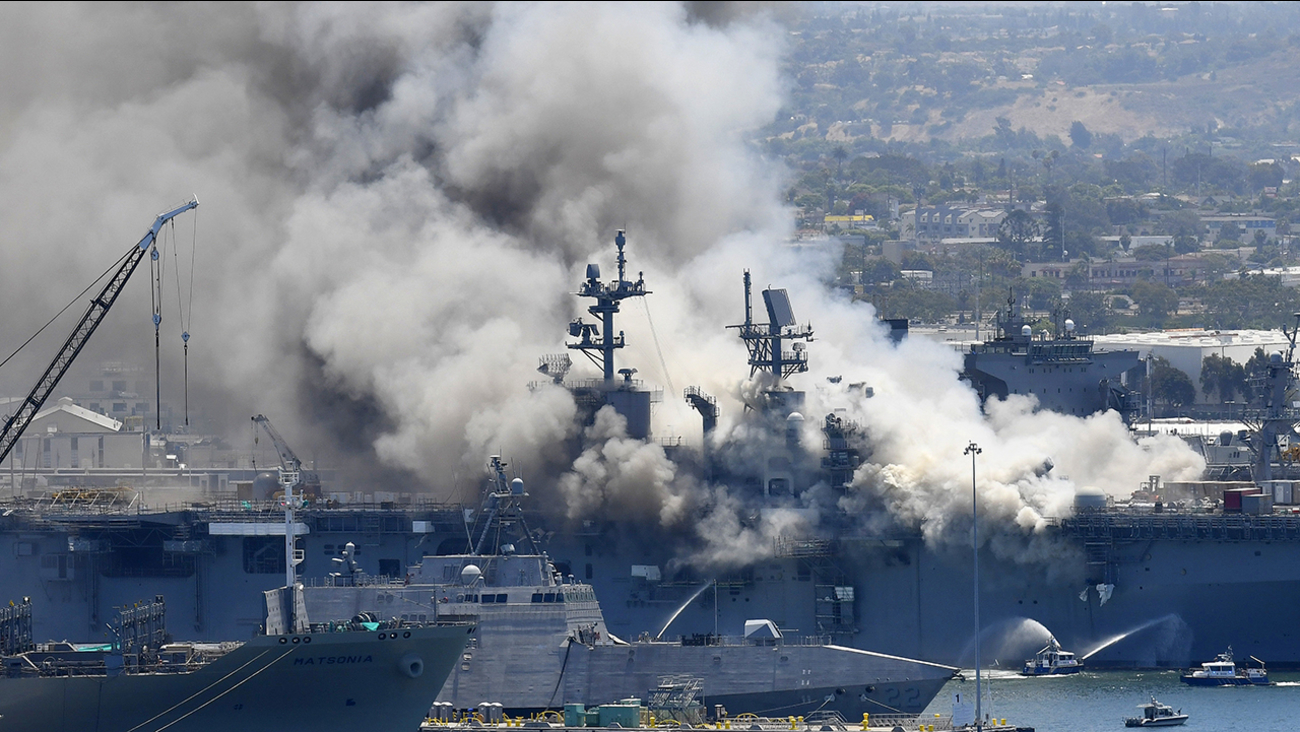 In this July 12, 2020, file photo, smoke rises from the USS Bonhomme Richard in San Diego after an explosion and fire on board the ship at Naval Base San Diego. (AP Photo/Denis Poroy, File)

SAN DIEGO -- The Navy has filed charges against a sailor in connection with the fire that destroyed the USS Bonhomme Richard in San Diego last July, the service announced Thursday.

"Evidence collected during the investigation is sufficient to direct a preliminary hearing in accordance with due process under the military justice system. The Sailor was a member of Bonhomme Richard's crew at the time and is accused of starting the fire," 3rd Fleet spokesperson Cmdr. Sean Robertson said in a statement.

Vice Adm. Steve Koehler, the 3rd Fleet commander, is considering court-martial charges, according to the statement.

Fifty-six people were injured in an explosion and fire Sunday on board a ship at Naval Base San Diego, military officials said.

The admiral has set a preliminary hearing before any trial proceedings, "including whether or not there is probable cause to believe an offense has been committed and to offer a recommendation as to the disposition of the case," Robertson said.

The accused sailor's identity has not been released and Robertson also said the sailor was not being detained.

The damage to the ship from the days-long fire, that at times reached 1,000 degrees, was too much to repair for a ship that had already been in service for almost a quarter of a century, according to the Navy.

More than 60 sailors and civilians were treated for minor injuries, heat exhaustion and smoke inhalation.