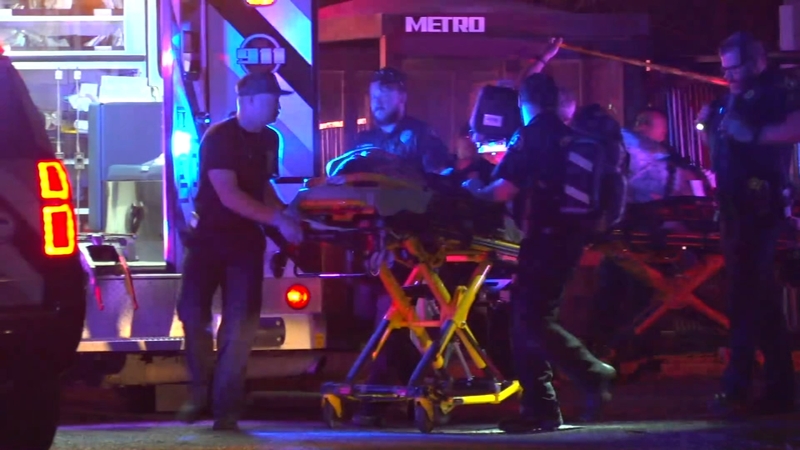 HARRIS COUNTY, Texas (KTRK) -- Two men were killed and seven others were injured in a drive-by shooting while they were filming a music video in north Harris County, according to Sheriff Ed Gonzalez.

Gonzalez said a group of men were in the area filming a music video in the parking lot of a nearby business park.

Update: we are now at 9 total gunshot wound victims: 2 were confirmed deceased at scene, 1 was critical, the others remain hospitalized. Anyone with info is urged to call @CrimeStopHOU at 713-222-TIPS. https://t.co/f0AtkRMZGH

"All of a sudden, basically, they were ambushed," said Gonzalez.

He says a total of 9 people were shot. Two men were found dead on the scene and the others were sent to the hospital in various conditions.

Deputies say the other seven victims range from ages 17 to 23.

Update: we now believe the number of gunshot victims to be at least 8. A group of Hispanic males (in their 20s) were filming a music video in the parking lot when unknown suspects possibly drove by and opened fire on the group. #HouNews https://t.co/f0AtkS4Ayf

"We believe there could still be more (victims) that are injured that happened to leave the scene before we got here," said Gonzalez. "We don't know what the motive is. Our main thing is to determine who is wounded and if we have any additional witnesses that are willing to cooperate with us and give us information."

Gonzalez also said the shooters were in cars and others may have been on foot. A description of the suspects was not immediately released.