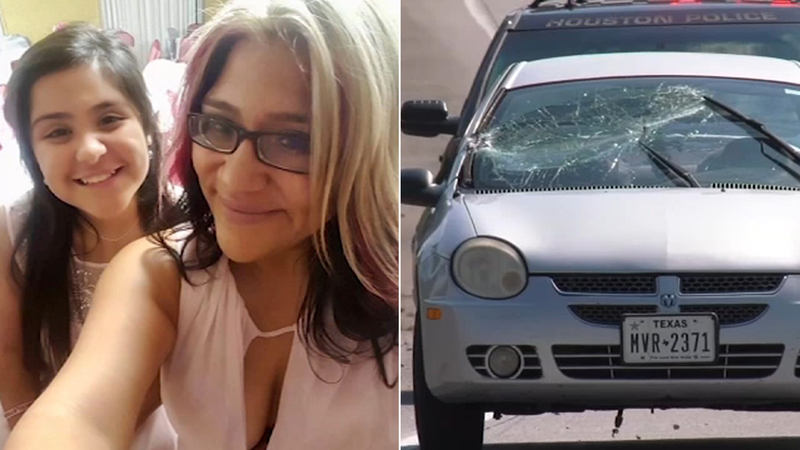 HOUSTON, Texas (KTRK) -- It's been more than a month since 19-year-old Imily Cruz was shot and killed while riding with her brother, boyfriend and cousin on Highway 225 near Pasadena. Police said she wasn't the intended target.

Cruz's mother, Janelle Solis, was in a car ahead of her daughter's on the freeway. Solis said she pulled over immediately after the shooting.

She said she watched as her daughter died.

"Her lips were moving, trying to say something. All I could do is stand there and tell her that I love her, and that she was beautiful, and let her know she wasn't alone," Solis said.

Cruz had just celebrated her birthday the day before. She and the family were going to breakfast when she was killed.

Police are looking for Edwin and Luis Riojas-Hernandez, the suspected shooters.

Court documents show the shooting was gang-related, and Cruz's brother, who was in the car during the shooting, had a quarrel with the Pasadena "Red Bluff Bloods."

As the two suspects shot into their car, Cruz's brother returned fire, hitting one of them in the leg.

"I'm not going to stop trying until I get her justice, and that's what I want them to understand. You can't hide for ever," Solis said.

If you have any information on regarding this incident, police are asking you to contact Crime Stoppers at 713-222-TIPS (8477).