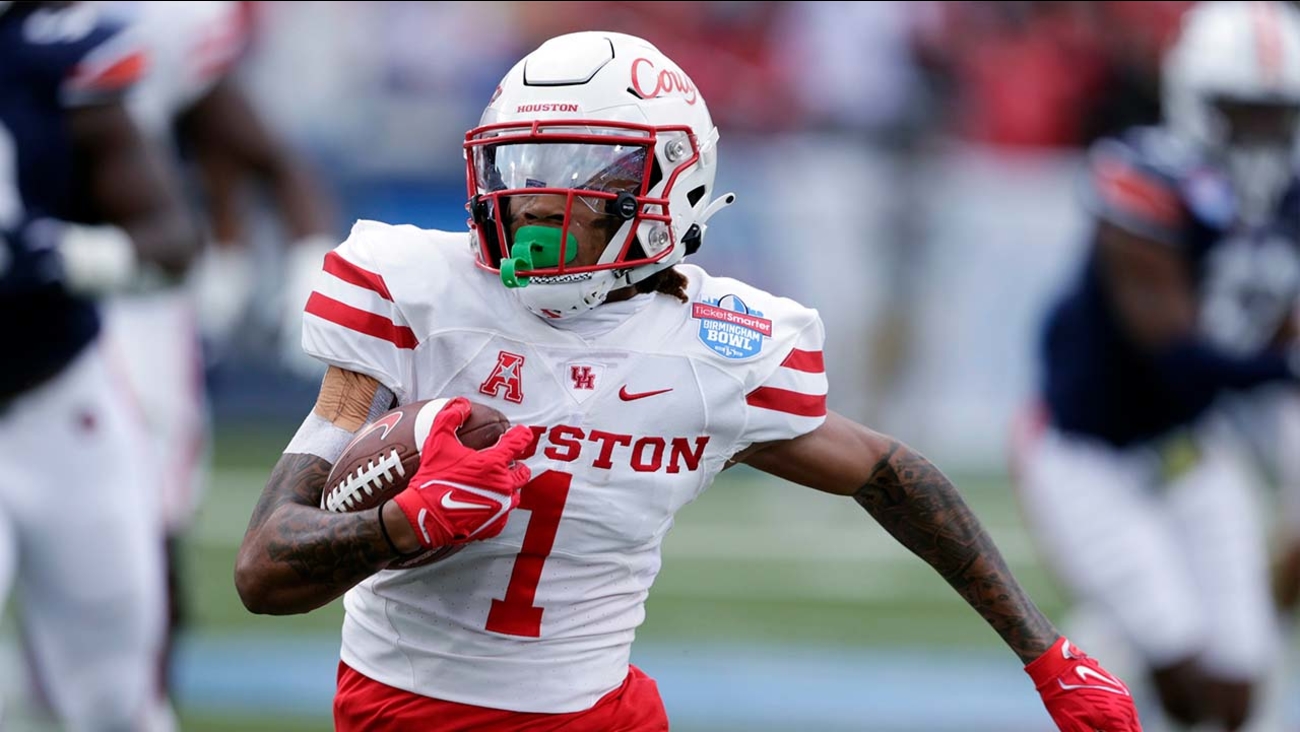 AP
BIRMINGHAM, Ala. (AP) -- Jake Herslow caught a 26-yard, go-ahead touchdown pass from Clayton Tune with 3:27 left to help lift No. 21 Houston to a 17-13 victory over Auburn on Tuesday in the Birmingham Bowl.

The Cougars (12-2) marched 80 yards on eight plays to cap the third season in program history with at least 12 wins. They snapped a four-game bowl losing streak and won 12 of their final 13 games, the only loss coming to No. 4 Cincinnati in the American Athletic Conference championship game.

The Tigers (6-7) went in the opposite direction in coach Bryan Harsin's first season. They ended a season with five straight losses for the first time in 71 years and dropped their third bowl game in a row.

Game MVP Tune completed 26 of 40 passes for 283 yards and two touchdowns with an interception while also rushing for 43 yards. Nathaniel Dell caught 10 passes for 150 yards, while Alton McCaskill ran for 66 yards and caught a touchdown pass.

Auburn, which fired offensive coordinator Mike Bobo after the regular season, had one more chance but couldn't get a first down. Tank Bigsby ran for 8 yards on first down and then T.J. Finley threw three straight incompletions on short passes.

Houston ran out the clock.

Finley completed 19 of 34 passes for 227 yards and a touchdown in his third start since replacing injured Bo Nix. Bigsby had 88 rushing yards and 68 receiving yards.

The Cougars had moved across midfield for the go-ahead score after Auburn's second targeting ejection, this time against Jaylin Simpson.

Tune set it up with a 20-yard pass to tight end Christian Trahan.

The Tigers rallied from a 10-0 deficit to take the lead late in the third quarter on Kobe Hudson's 12-yard touchdown catch from Finley on third and goal.

Houston punctuated one of its better seasons with a win over a Southeastern Conference team, this one after taking off following an opening loss.

Auburn had another game that slipped away late, including a quadruple-overtime loss to No. 1 Alabama. The Tigers were without some key players who were hurt, transferred or opted out.

Auburn safety Smoke Monday was the first player ejected for targeting after an earlier flag against him was overturned. This call came during Nehemiah Pritchett's interception return. The penalty knocked the Tigers back 47 yards.

Houston will try to close the gap on Cincinnati with an offense that is expected to return Tune and tailback Alton McCaskill. The Cougars open against UTSA.