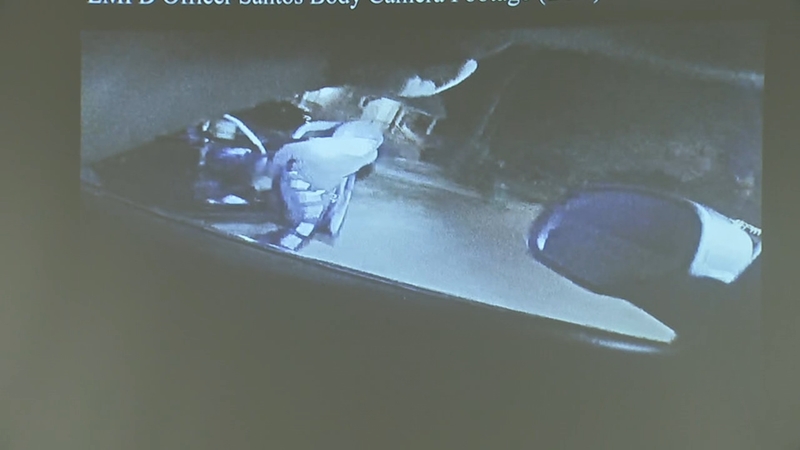 LA MARQUE, Texas (KTRK) -- More than eight months after a young man was shot to death by a police officer in La Marque, a grand jury has been revealed to have taken no action against the officer.

The sheriff's office said the video clearly shows Joshua Feast, who was 22 at the time, pulling a gun from his waistband and pointing it toward Officer Jose Santos. Feast is then seen running while pointing his gun at the officer for a second time again. That's when Santos shot Feast.

Feast died during the confrontation on Dec. 9, 2020. Feast was shot to death across the street from his uncle's house, where he was staying.

Feast had been outside talking to the mother of his child, his uncle said. Moments later, Santos was driving down the street and made a sudden U-turn. He pulled up and yelled Feast's name. Feast ran. His uncle said the officer shot Feast in the back.

At the time, La Marque police said they had reason to believe Feast was armed.

The officer was responding to a report that Feast had been sighted in the area. Feast was a person of interest in several recent shootings in the area.

Members of the local NAACP and the community held a vigil on Tuesday for Feast. They were not happy with the grand jury's decision or how the case was handled.

"The responsibility as to presenting the case lies on our district attorney, so that just tells us he didn't do his job," said Mandalyn Salazar with the NAACP Dickinson-Bay Area.

Civil rights attorney Ben Crump released results of an independent autopsy that he claims revealed that Feast was killed by a single shot in the back.

According to Crump, the footage released contradicts what investigators initially stated about the shooting.

Supporters marched to demand justice after 22-year-old Joshua Feast was shot and killed by a La Marque police officer, according to authorities.