What we know about Texas power outages Wednesday 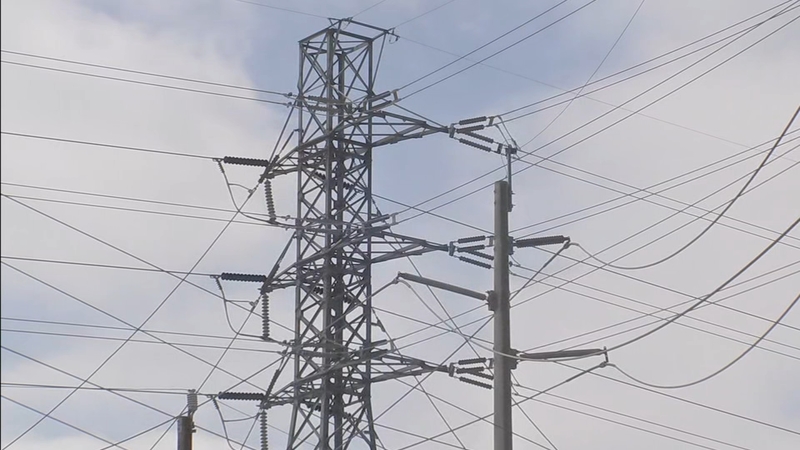 What we know about Texas power outages today

HOUSTON, Texas (KTRK) -- When it comes to statewide power outages, Texans are desperate for answers about when they can expect electricity once again, and how we can prevent this in the future.

ABC13 Data Analyst Keaton Fox has been communicating with his source from a power plant about the Texas power grid status.

As of 9:00 a.m. Wednesday, there were 2.5 million Texans without power, and according to Center Point Energy, about 1.3 million of those people were in the Houston area.

However, later in the morning, the statewide number increased again to 3.5 million. So what happened?

In a press release Wednesday, ERCOT said 46,000 MW of power went offline this morning. Of those, 28,000 MW are thermal, coming from coal, natural gas and nuclear, and 18,000 MW come from wind and solar.

The updated energy availability forecast throughout the day does not show much improvement due to the losses.

The number of Texans without power has increased just since early Wednesday morning, here's why.

Some progress has been made in other parts of the state. Areas of the state in north Texas and along the I-35 corridor have seen improvement, mainly in the Austin area.

Where we are not seeing a ton of progress is in Harris County and surrounding areas.

CenterPoint has continued to emphasize they don't generate the power, they simply distribute it.

Some generation is slowly returning.
ERCOT was able to direct utilities to restore 600,000 households last night.
2.7 million households still do not have power.

ERCOT said it was able to distribute utilities to turn on power to 600,000 customers overnight. However, those homes have not actually been restored yet.

CenterPoint is concerned that with freezing rain, power lines could come down, causing more widespread outages.

We are ready to restore power once it is made available by third-party power generators and received through @ERCOT_ISO. As of 9AM, 1.39 million are without power. If your power is on, conserve as much as possible. For updates, visit our Outage Tracker: https://t.co/3X4Dv5QnN9

According to energy forecast data from ERCOT, the available megawatts of power have continued to shrink. However, the demand continues to be significantly higher than the capacity.

When it comes to the power outages, the forecast indicates that we're not going to see significant improvement over the state of Texas on Wednesday.

Many different entities have placed blame on different individuals and power sources, what is truly the source of the outages?

In Texas, power is deregulated, so power generators don't have to prepare for situations like this because they aren't required to.

It would cost millions, if not billions, of dollars to try and re-emphasize generators that are unreliable in extreme weather.

Another issue comes with plants that were already offline for the winter season for maintenance.

Many ask if the state should allow plants to go offline during winter months at all. If some of the Texas plants weren't online, we may not have had the significant amount of outages we saw.

If we continue to lose lines now, we are going to see outages that could go into next week as a worst case scenario.

What can we say to Houstonians who haven't had power for days, or have had it off and on?

CenterPoint says it is trying to share the burden and hopes to restore power to individuals who have been offline for days, even if it is just for a couple hours.
They plan to restore power for people who have been offline the longest in order to share the outages and hopefully relieve some families. Households with temporarily restored power can hopefully charge their phones and heat up their homes before the outages rotate again.

We've stopped using the phrase "rotating outages" in most cases, simply because up until this point, the outages have not been rotating.

However, when you bring a lot of people back online at once, you see a big usage spike, which could crash the system entirely.

Will this cause an increase in the retail price of power?

Because energy is private in Texas, the retail price of power fluctuates.

Unfortunately, people who haven't locked in a price plan for their usage will be getting very large bills.

Those who play the energy market might get to pay really low prices per kilowatt hour when energy is doing well, but in times like these, they could see unbelievable price spikes due to supply and demand.

Have more questions? You can shoot them to @KeatonFox on Twitter. ABC13 will be answering them on air and on ABC13.com throughout the day.