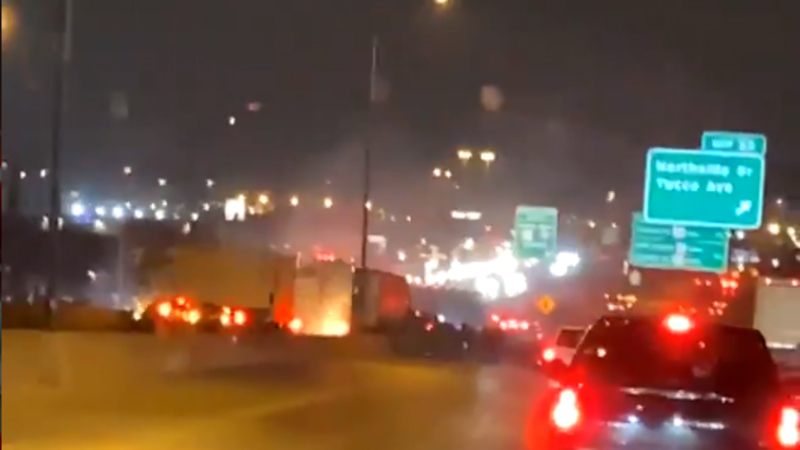 FORT WORTH, Texas -- Fire officials say at least six people were killed in a massive crash involving at least 100 vehicles on an icy Texas interstate.

Thirty-six more people were transported to local hospitals from the scene of a pileup that happened as a winter storm dropped freezing rain, sleet and snow on parts of the U.S.

It happened around 6:30 a.m. Thursday on Interstate 35W just north of downtown Fort Worth.

Multiple people were trapped inside wrecked vehicles for hours after the crashes, including a number of 18-wheelers, WFAA-TV reported.

Crews were still looking for people trapped in the wreckage by mid-morning. The fire department later said a total of 65 people sought treatment at local hospitals, both transported from the scene and those who appeared on their own accord.

Multiple people were trapped inside wrecked vehicles on Interstate 35W in Fort Worth, including a number of 18-wheelers, authorities said.

Fort Worth police officers reported hearing drivers screaming from their cars as first responders struggled to get to them. And in a grim development, the Fort Worth Office of Emergency Management sent a call out to anyone who believes a loved one is involved in the crash to contact a family reunification hotline.

Authorities confirmed there were fatalities in Thursday morning's crash involving dozens of vehicles along an icy interstate.

Freezing rain in the region caused roads to glaze over with ice, making it near impossible for drivers to maintain control.

CAUTION - GRAPHIC VIDEO: As some drivers were able to escape from the wreckage, one man is seen leaping over a barrier with no time to spare as an 18-wheeler plows into multiple ve

In Austin, 100 miles to the south, emergency officials said that more than two dozen vehicles were involved in a pileup on an icy road, and one person was injured.

Elsewhere, ice storm warnings were in effect from Arkansas to Kentucky, while another winter storm was predicted to bring snow to Mid-Atlantic states, the National Weather Service said.

More than 125,000 homes and businesses were without electricity Thursday morning, largely in Kentucky and West Virginia, according to the website poweroutage.us, which tracks utility reports. 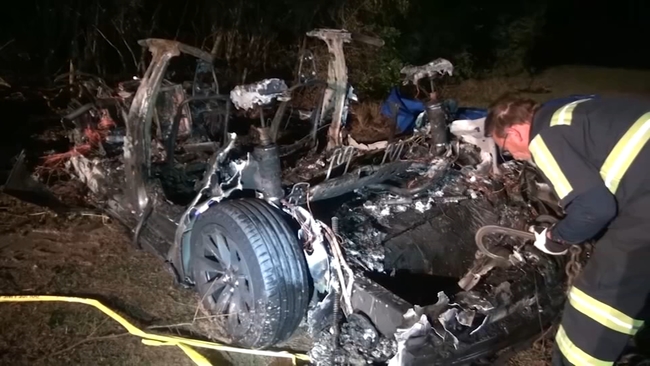 Scrutiny of Tesla crash a sign that regulation may be coming