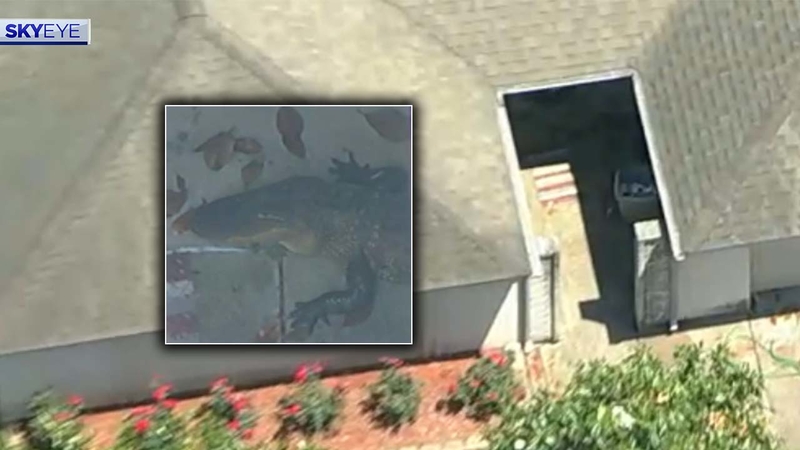 8-foot alligator strikes woman's leg on her porch in Humble

HUMBLE, Texas (KTRK) -- An 8-foot alligator made its way to a woman's porch in Humble on Monday afternoon, according to alligator wrangler Tim Deramus.

At about 1:40 p.m., officials made their way to a home near Bolton Bridge Road after reports of a loose alligator.

The woman allegedly got close enough to get struck in the leg by the gator's tail.

No further injuries have been reported.

ABC13's SkyEye was on the scene. The video shows the alligator lounging in the shade of the woman's porch. It appears the reptile found dog food left outside and had a midday snack.

According to Deramus, the alligator was removed from the home about an hour later. Texas Parks and Wildlife are on scene and will relocate the alligator back into his natural habitat.