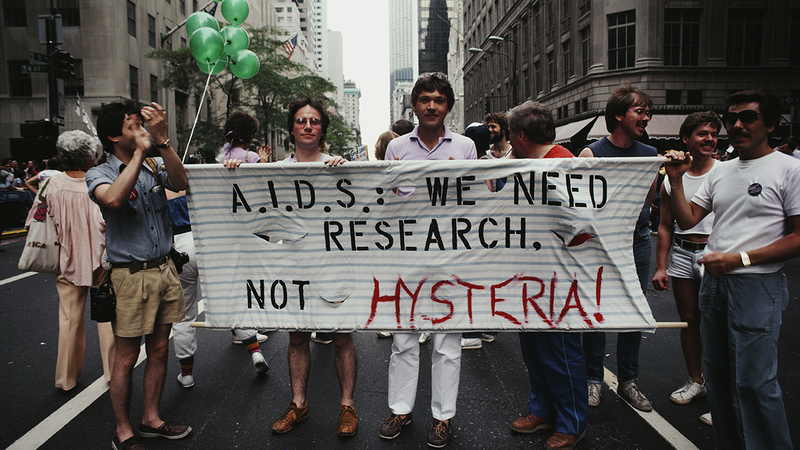 DURHAM, N.C. -- Since the beginning of the HIV epidemic, nearly 80 million people have been diagnosed. More than 36 million have died.

Though HIV is a treatable illness and people living with the virus can have full, healthy lives, many live with the stigma and shame that have been associated with the disease for the past 40 years.

On World AIDS Day, in an attempt to dismantle some of that stigma, ABC News Radio anchor Lionel Moise shared his diagnosis with the world. A close friend of ABC11's Tim Pulliam, he shared that the post was his attempt to open the conversation.

"I feel like we all have a responsibility, and being a journalist, we have a platform where we are able to inform others and inspire others," Moise said. "My diagnosis was something that was very difficult for me to deal with, something that I felt I did not have much support for in that moment, that I did not understand. I feel like if sharing my story can help one other person, then it's important, then I feel like it's my duty to use this platform that I have to help others."

Moise said he was diagnosed five years ago. He went through his diagnosis alone, afraid to tell friends, but later learned many of his friends were undergoing the same situation.

"We all went through the time of our diagnosis and the emotions that come with it alone," Moise said. "I feel the first step to ending this and moving forward is to have honest conversations."

Another colleague who had a similar coming out and honest conversation was Good Morning America Producer Anthony Morrison, who announced his diagnosis in August.

"For me, during my diagnosis, at the time, there was just such a push to get tested," Morrison said. "But no one tells you what to do or where to go if you get a positive result, and I think it's incumbent on us to share a holistic experience when it comes to testing: this is what's available, this is what's out there, this is the community that exists around this."

After sharing his diagnosis, Morrison said the support from colleagues, friends and the community at large has been overwhelming.

"You can't really prepare for a response like this," Morrison said. "It's really about the impactful visibility and representation you are. You can't have representation unless you know how you want to be represented, and for me, myself, I didn't have a "me" through all of this, through my struggle. I just want others, through my story, to see themselves in their struggle through me."

According to the Centers for Disease Control and Prevention, 26% of HIV cases in 2018 were among Black men. In the next year, 22% were among Hispanic and Latino men.

"I've been undetectable since shortly after my diagnosis," Moise said. "I still take precautions, and I think we all need to take precautions and protect ourselves in the ways that we feel are necessary depending on the relationship that you're in, but I have been able to be in full, loving relationships without the fear of infecting the person that I love. I think that is key, because if people are getting treatment, then we can stop this spread and that is important."

Other drugs, known as PrEP, are a prophylaxis to prevent contracting the virus in the first place. A rule passed earlier this year by the Biden administration made the drug free to all under most insurance plans.

But despite the vast strides in treatment and prevention, the stigma remains, both within and outside the community. Despite a nationwide shortage of blood donations, the U.S. Food and Drug Administration bans men who have sex with men--approximately 5% of the U.S. male population--from donating blood unless they abstain from sex for three months. The three month revision came as a result of the COVID-19 pandemic, but WPVI meteorologist Adam Joseph, himself a gay man who has been monogamously partnered to his husband for 13 years, said it still feels like a slap in the face.

"We are turned away at the door," Joseph said. "To say that we need to not have sex or love one another in an intimate way for three months just for one blood donation, to me, Tim, just seems to be a very backwards and old mentality."

"This is where conversations are important," Moise added. "This rule was not changed until we were in a dire need of donations in a pandemic, so had this not happened, this discussion would not have happened in the first place. And then when you make a change like this and still sector off a group, it feels discriminatory."

Both Moise and Joseph said they donated blood before they were out as gay, but had not since.

As the conversation moves forward, the men agreed that the most important thing is to continue to have open, honest discussions about testing and treatment, and how to get help if you test positive.

"That will be a turnkey opportunity to help people be open to testing in a way that they might be overcome with fear and anxiety right now," Morrison said. "It doesn't end with testing. That's just the beginning."

Moise also pointed out that the virus does not just infect men who have sex with men--anyone can be infected, and regular testing is key to ending the epidemic.

"When we talk about HIV and AIDS, we often sector off in groups: the gay community, the Black community. This is a virus that can infect any of us," Moise said. "If you've had a baby, if you've had sex, you could be HIV positive. It is not discriminatory. It is something that needs to be discussed so that we can protect ourselves and others. The more we discuss it, the less taboo even getting a test will be, and the more lives we can ultimately save."