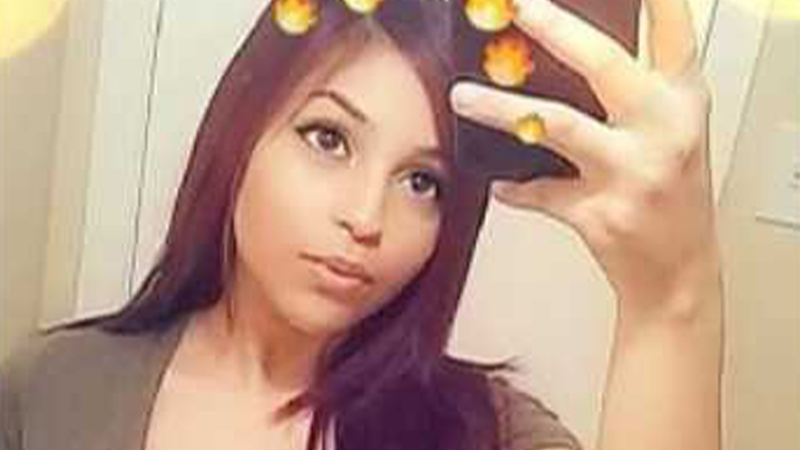 HOUSTON, Texas (KTRK) -- A pregnant woman has died after police said she was shot multiple times at an intersection in southwest Houston on Sunday afternoon.

This is awful. A pregnant woman has been shot dead in Westchase near Richmond and Wilcrest and the shooter is on the run. Houston PD says the woman was 6 months pregnant and was shot by a man with a shot gun. @abc13houston pic.twitter.com/T3Iz83fV3v

The victim was identified by her grandmother as 22-year-old Briana Marie Navarro. Navarro, who was reportedly six months pregnant, died at the scene.

There were also three other passengers inside the car including Navarro's 2-year-old son, according to police.

The shooting occurred near Wilcrest at Richmond around 12:30 p.m., HPD said.

According to police, there was an altercation between the victim, her boyfriend and another group of men at a nearby convenient store moments before the shooting.

Police said they believe the suspect got away in a dark-colored car.

The Houston Police Department said the city has 103 homicide cases this year, through Monday.