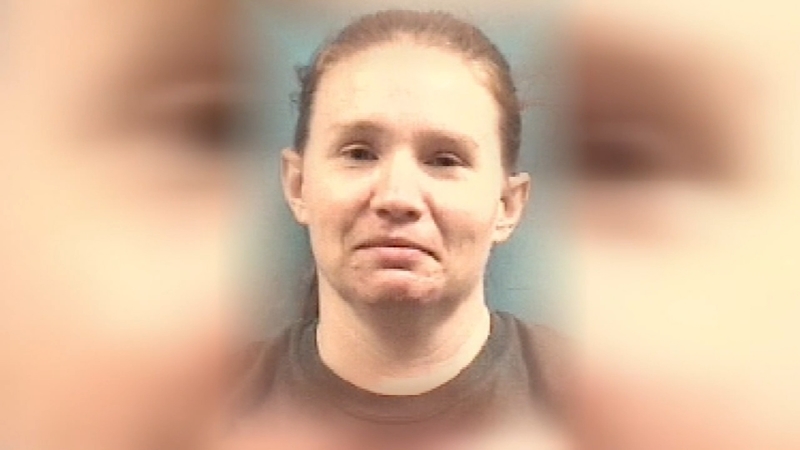 Rachel Childs, 30, was arrested and charged by Pearland police back in January 2019.

Now, Houston police say she is wanted for a similar crime, this time facing charges of prostitution and indecent exposure.

Investigators accuse Childs of inventing an identical twin sister with disabilities in a ruse to hire caregivers from Care.com

"After everything came to light, it started making sense and I felt disgusted, I felt disgusting," said the Houston caregiver who asked to remain anonymous.

"When I spoke to the detective about it, she just kept saying it's crazy because your story matches the other lady's story from Pearland exactly the same."

The caregiver says she met with Childs in person before starting work in September 2018.

In an exclusive interview with Eyewitness News, she says Childs appeared to be a concerned sister, who was responsible and mature, working a job as a paralegal while attending law school.

Shortly after that initial meeting, she began watching "Cat," who was described as non-verbal and not potty-trained.

The caregiver says it was during the diaper changes when "Cat" began to act inappropriately.

Court records say she "would then touch herself."

"I realized at one point, it seemed like she was using emotion that was not just reaching down to touch, it was more like pleasing herself," said the caregiver.

That behavior happened, she says, two to three times a shift.

And the oddities kept coming. She says less than two weeks into the job, she started getting emails from a third sister named Casey asking her to help Rachel with an eating disorder.

"The emails that I'd get from Casey would say things like, you know, "Treat her like you would treat Cat, just be extra loving with her," show that you care, that you're there for her."

The caregiver says she never saw the twins in the home at the same time, never saw pictures of them together and noticed they had the same tattoo.

But it came to a head when she saw "Cat" one day with a scratch on her nose, and Rachel the next day with the same scratch.

"It highlighted it for me and made me realize, 'Hey, like this is supposed to be a different person, but I'm looking at the same scratch.'"

This caregiver says she is coming forward more than a year later to help others who she believes may be too embarrassed to speak up.