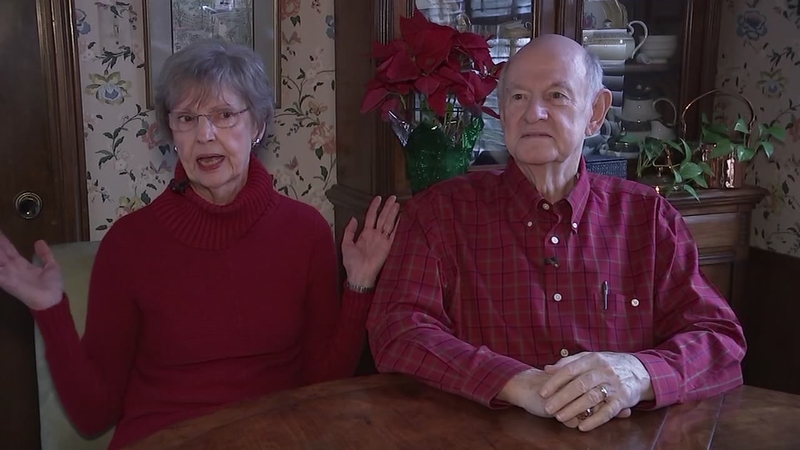 HOUSTON, Texas (KTRK) -- "I just don't remember a darn thing, I just went out like that."

That's how Edward Turner recalls his last moments before he collapsed at home in west Houston one morning last November.

Edward's heart stopped and his wife of 52 years, Lonna, jumped into action.

"I went around the bed and he was just out, on the floor," Lonna said.

She quickly called 911 and started CPR. She learned it 40 years ago, but never had to use it until that moment.

In the treatment and recovery that followed, he became a patient of Dr. Daniel Hermann, a cardiologist with Memorial Hermann Medical Group-Memorial City Cardiology.

"Not only did she save his life, he's really neurologically... he's the same man," Hermann said. "That's just a huge, huge, save. Really, it's a miracle."

Hermann says it was not just knowing CPR, but delivering it as quickly as possible that saved Edward's life.

"If you're able to deliver circulation to the body, then you're able to give that person a chance, and that's really exactly what happened here," Hermann said.

Their life together has included all the pitfalls you might expect over five decades of marriage. Now, they've quite simply experienced it all. Not only is Lonna his whole life, she has also saved his life.

"You look at people and you realize you're pretty lucky," Edward said. "Because you realize that there are others who are not quite as fortunate as you."
Report a correction or typo
Related topics:
health & fitnesshoustonrelationshipshospitalcprheart health
Copyright © 2022 KTRK-TV. All Rights Reserved.
TOP STORIES
'People will lose lives' 13 Investigates explosion in 'Glock switches'
Daylight shows home destroyed after standoff with shooting suspect
Houston residents worried about violent crime increase
New survey shows highest COVID impact on Houston workforce yet
Rainy Monday and arctic cold front on the way after sunny weekend
Union Pacific addresses issue of stopped trains blocking roads
What we know about man accused of shooting 3 HPD officers
Show More
Widow delivers heart-wrenching eulogy for NYPD detective
Suspect arrested after 30-minute chase ends on I-45 in Texas City
5 people charged in connection with Pct. 5 corporal's murder
How many times can I reuse my N95 mask?
Decades after TV anchor disappears, convicted rapist denies connection
More TOP STORIES News