Women's shelter turns to Ted for help with low-hanging wire 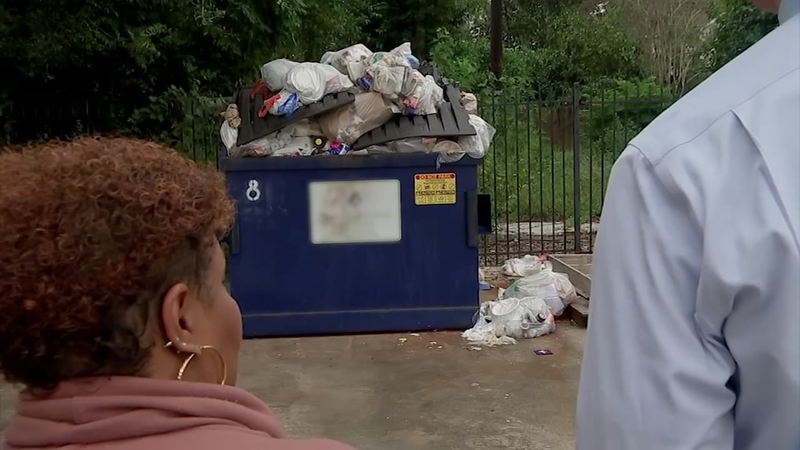 HOUSTON, Texas (KTRK) -- If you want to see a mess left behind when a dumpster doesn't get emptied for weeks, look no further than the Wellsprings Village Center.

It's overflowing, it stinks, the raccoons are having a field day and it just shouldn't be this way outside Wellsprings Village.

Here they have much more important work to do helping vulnerable women.

"We help homeless women that are in recovery from substance abuse or may or may not have experienced domestic violence," Beckham said.

A low-hanging wire over the driveway into the Village was the problem. The wire had finally drooped too low for the tall trash truck that takes care of the dumpster. For weeks the village called the power company, the phone company, and the cable company and they all said it wasn't their wire.

"When we call back the next day, they say the ticket number was closed," Beckham said.

So they called us.

We asked Comcast to take a look and just minutes after Beckham explained the delay to her board of directors, one of her board members saw the Comcast crew at work.

"She said, 'Comcast is outside' and I came running outside and Comcast was here. They had a bucket truck pulled up to that pole over there," Beckham said.

And now, the wire is a foot higher than it needs to be. The trash truck came the next day. Now Wellsprings Village can once again focus on the well-being of the women they serve.

Comcast thanked us for alerting them and allowing them to help.

"While the line appeared low, it was in spec and within two hours of learning about it, we happily raised it much higher to easily allow any over-sized vehicle to get in there," a Comcast spokesperson said.

The waste hauler wasn't at fault, their new trucks were simply too tall to make it under the line. Waste Connections even gave them a free month of service for their troubles.

Wellsprings Village told us they are celebrating their 30th anniversary this year.