Local resident Lucy Duncan said she peered out the window of her home as the storm ramped up, and she saw only a white mist. She said she and her husband quickly rounded up their children and hid under a mattress in an interior hallway - just before the roof was torn from their home.

"We didn't know what was going on at that point. We started to hear the electricity popping and we thought the house had caught fire," she told KENS-TV of San Antonio.

Eight buildings in a nearby apartment complex were severely damaged, with some roofs stripped from the buildings and a couple of building partially collapsed, Woodward said.

Another tornado briefly touched down about five miles northeast of San Antonio International Airport. Woodward had no reports of damage from that area, but photos show tall steel towers carrying high-voltage electric transmission lines toppled or buckled in half.

Citywide, more than 100 structures were damaged by storms, Woodward said. 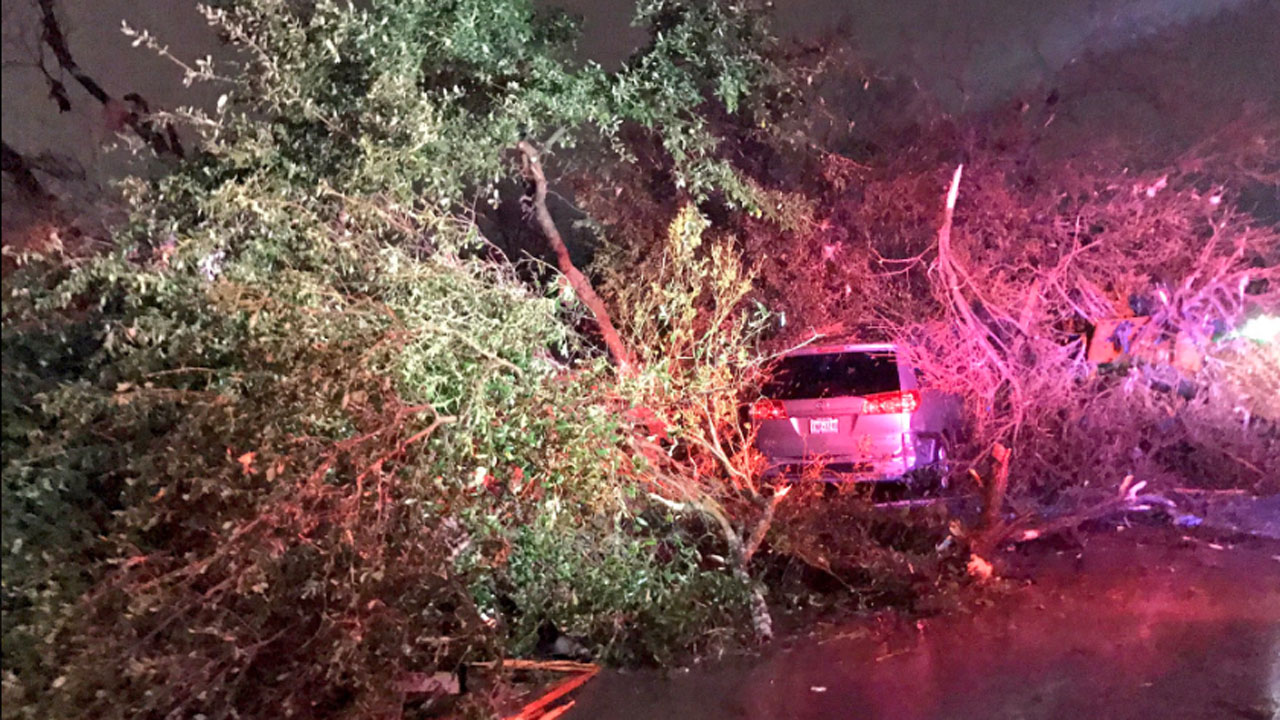 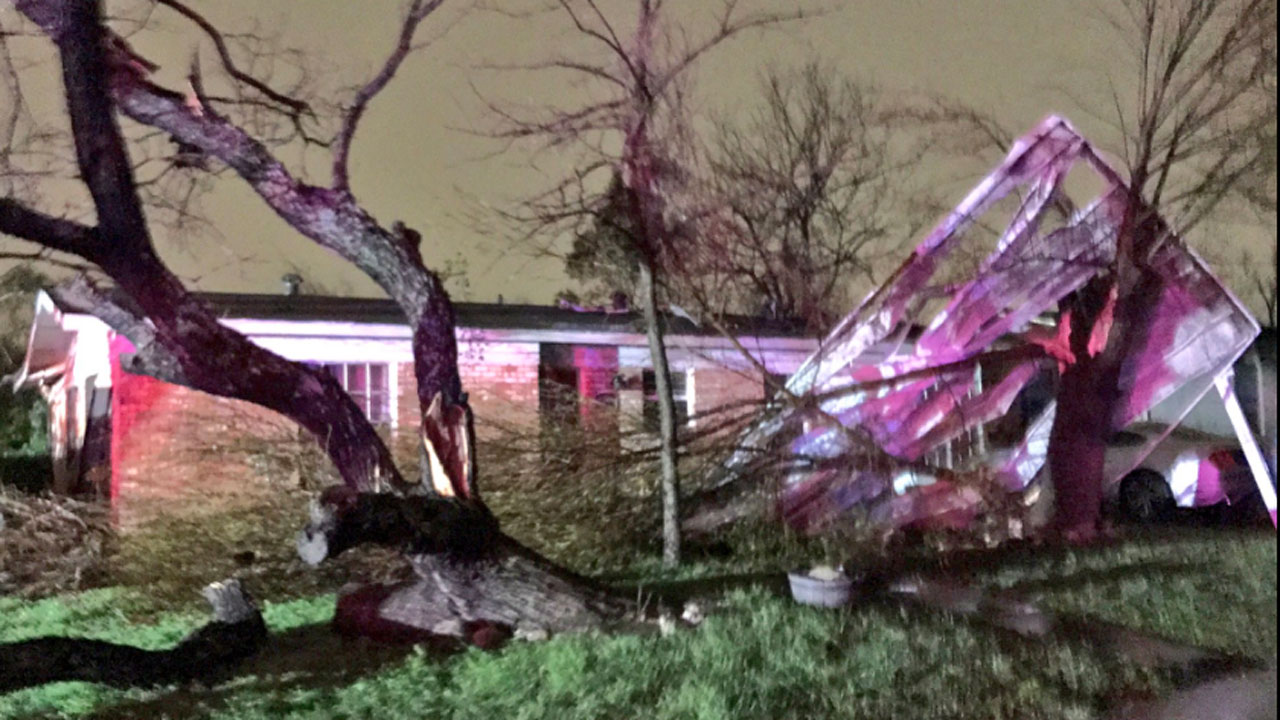 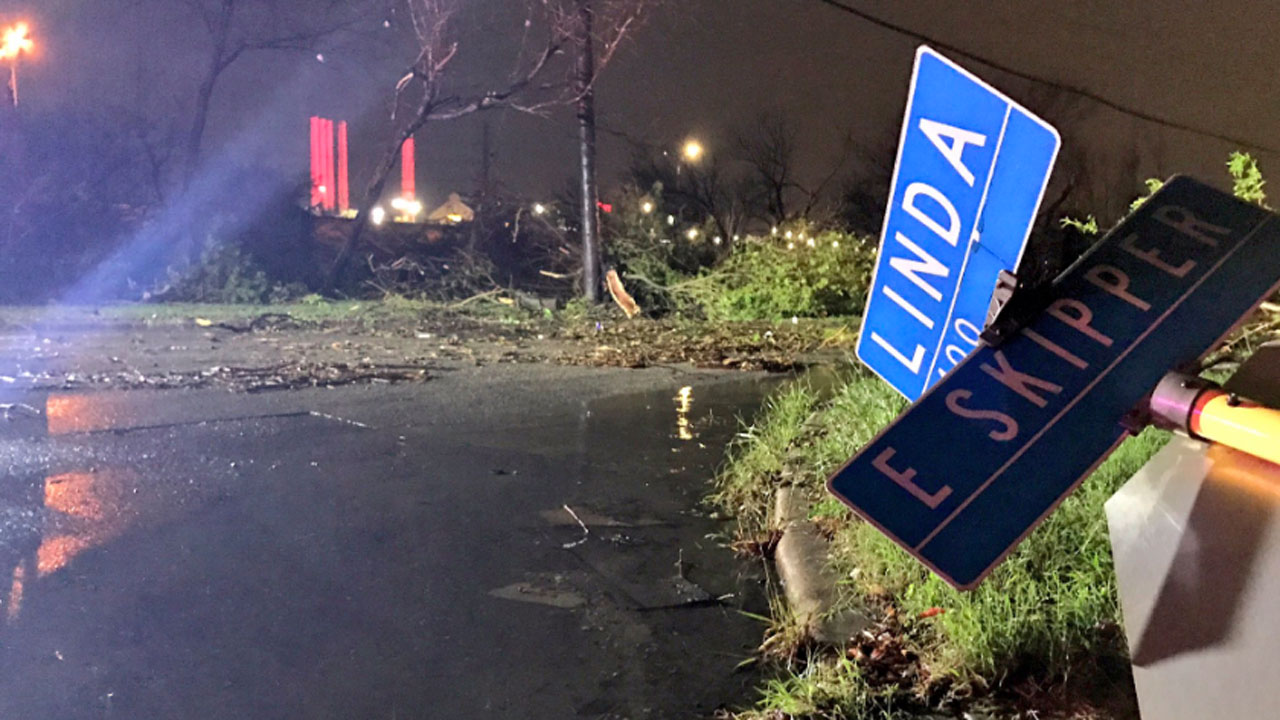 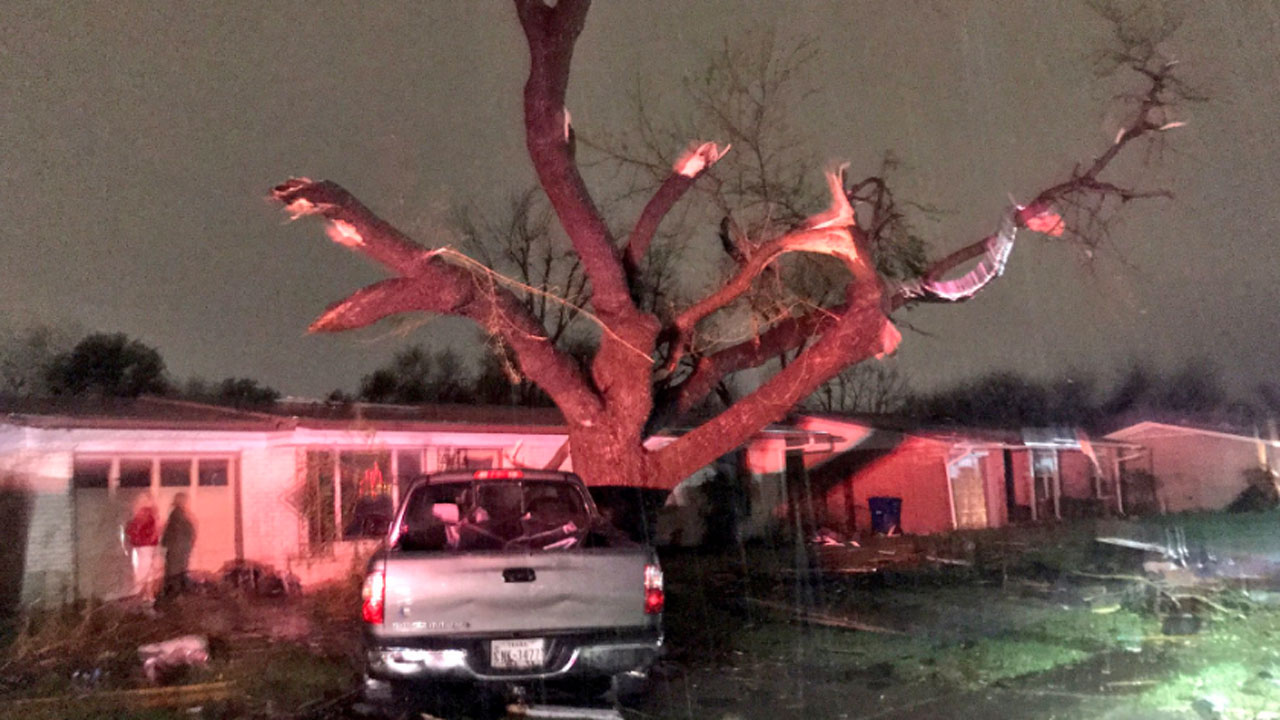 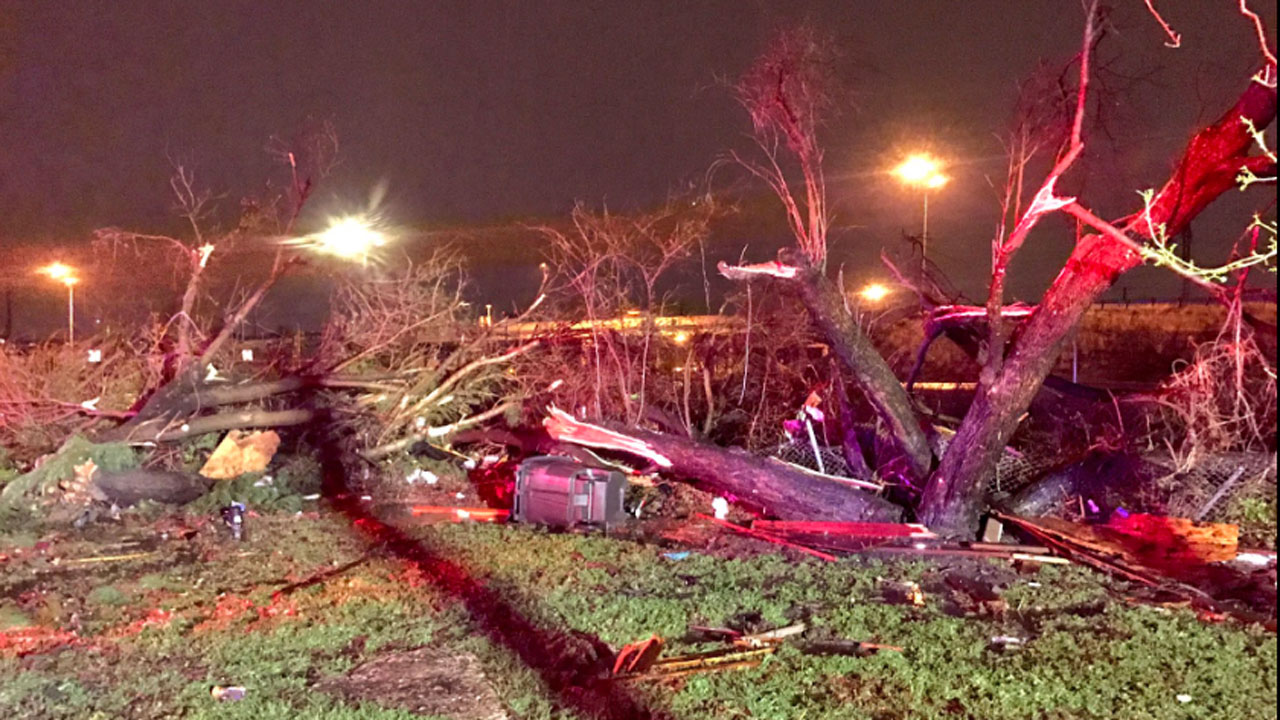 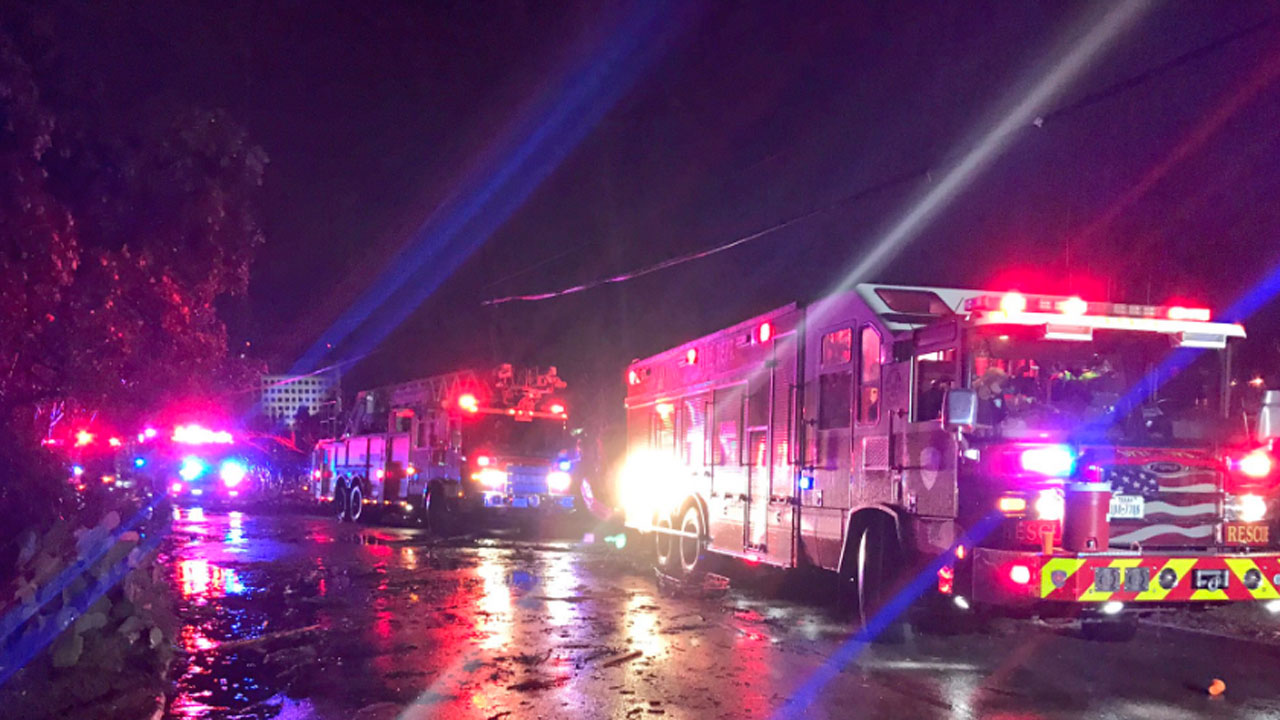 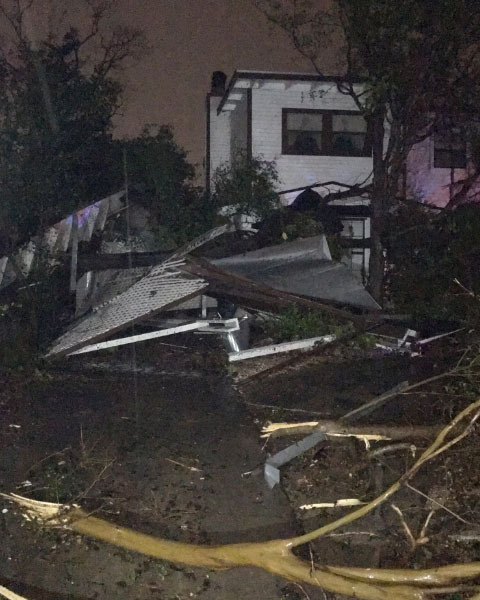 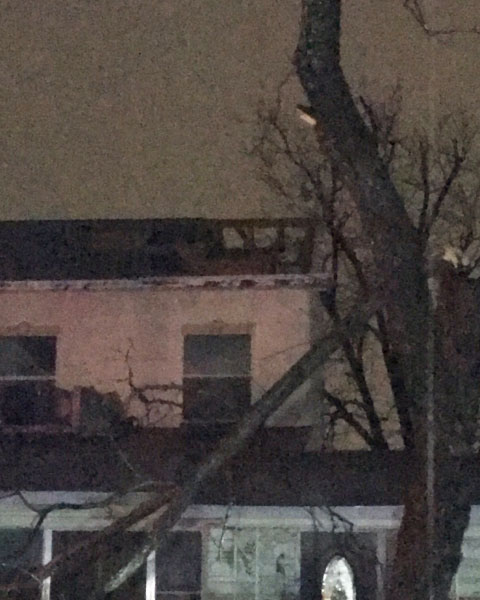 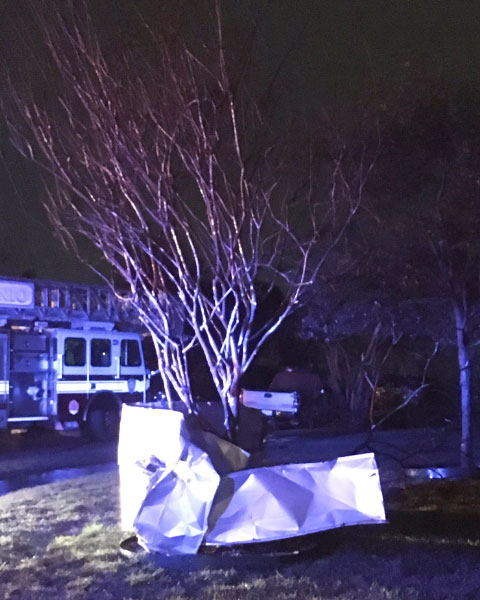 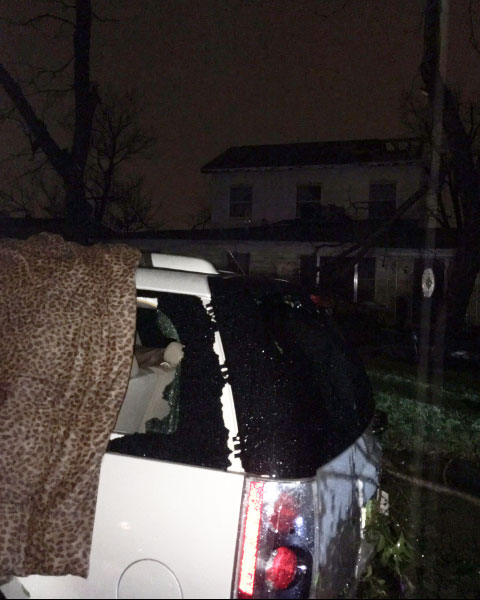 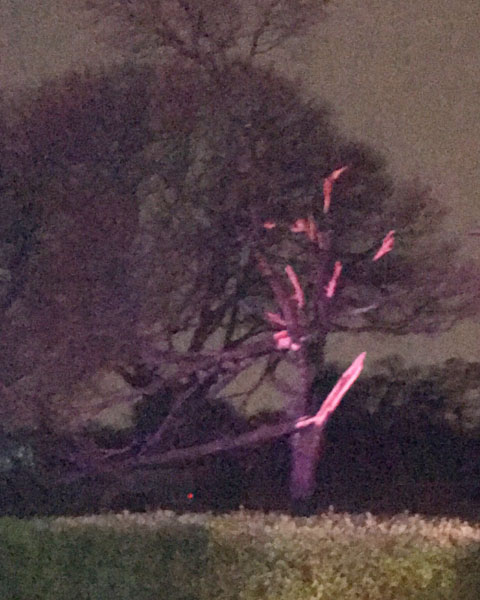 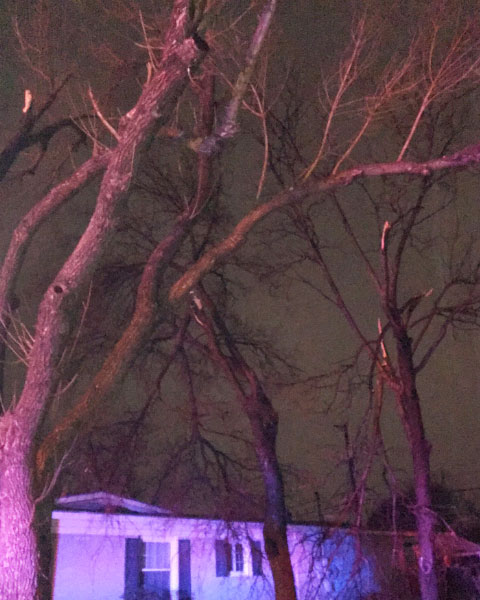 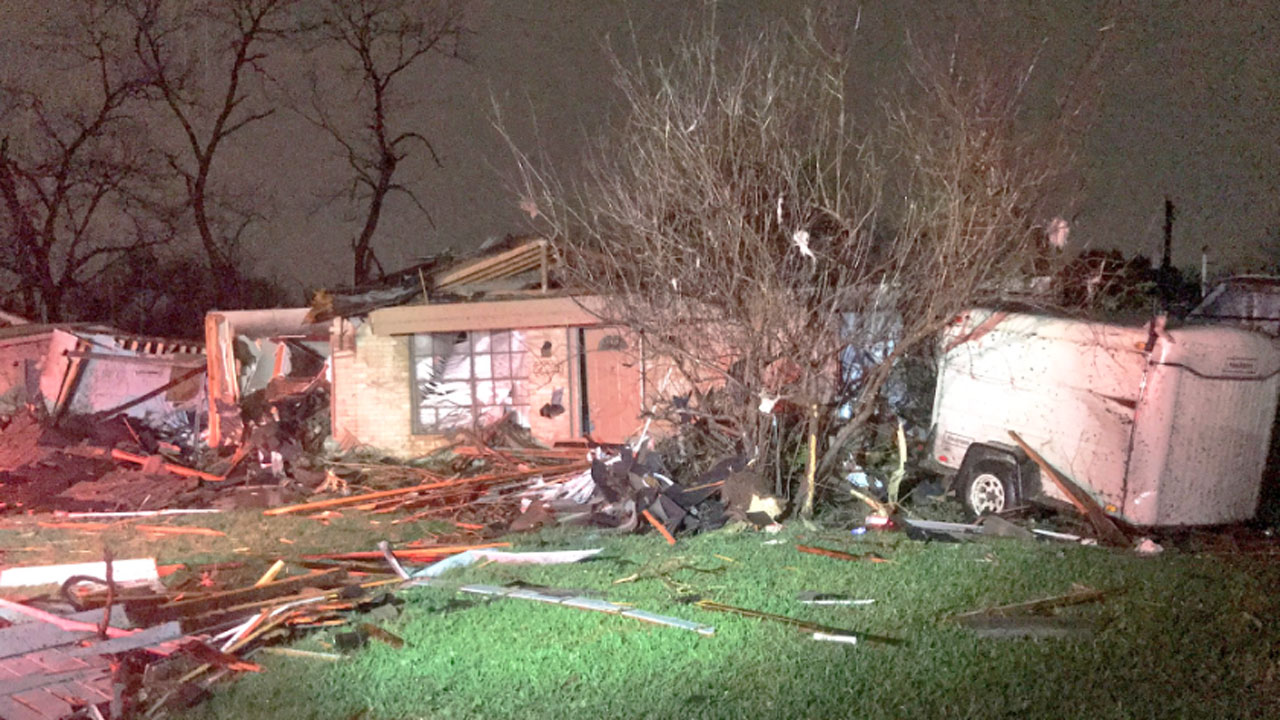 Another 30 to 40 homes were damaged in two adjoining subdivisions about 10 miles northeast of downtown, said Bexar County spokeswoman Monica Ramos. The National Weather Service said the area was hit by a weak tornado, with winds of up to 70 mph, along a roughly 1-mile track.

Power outages peaked at more than 47,000 customers early Monday morning, most of them in the area hit by the tornadoes, but were down to 14,000 by early Monday afternoon, according to CPS Energy, the utility serving the area. At least one high-voltage transmission tower in northeastern San Antonio was bent in half.

Weather service meteorologist Eric Platt says survey teams will be inspecting those and other areas during the day Monday. The storms had moved southeast by midday, bringing steady rain to the area but no severe weather.

Rain pours into some Las Vegas casinos and floods streets 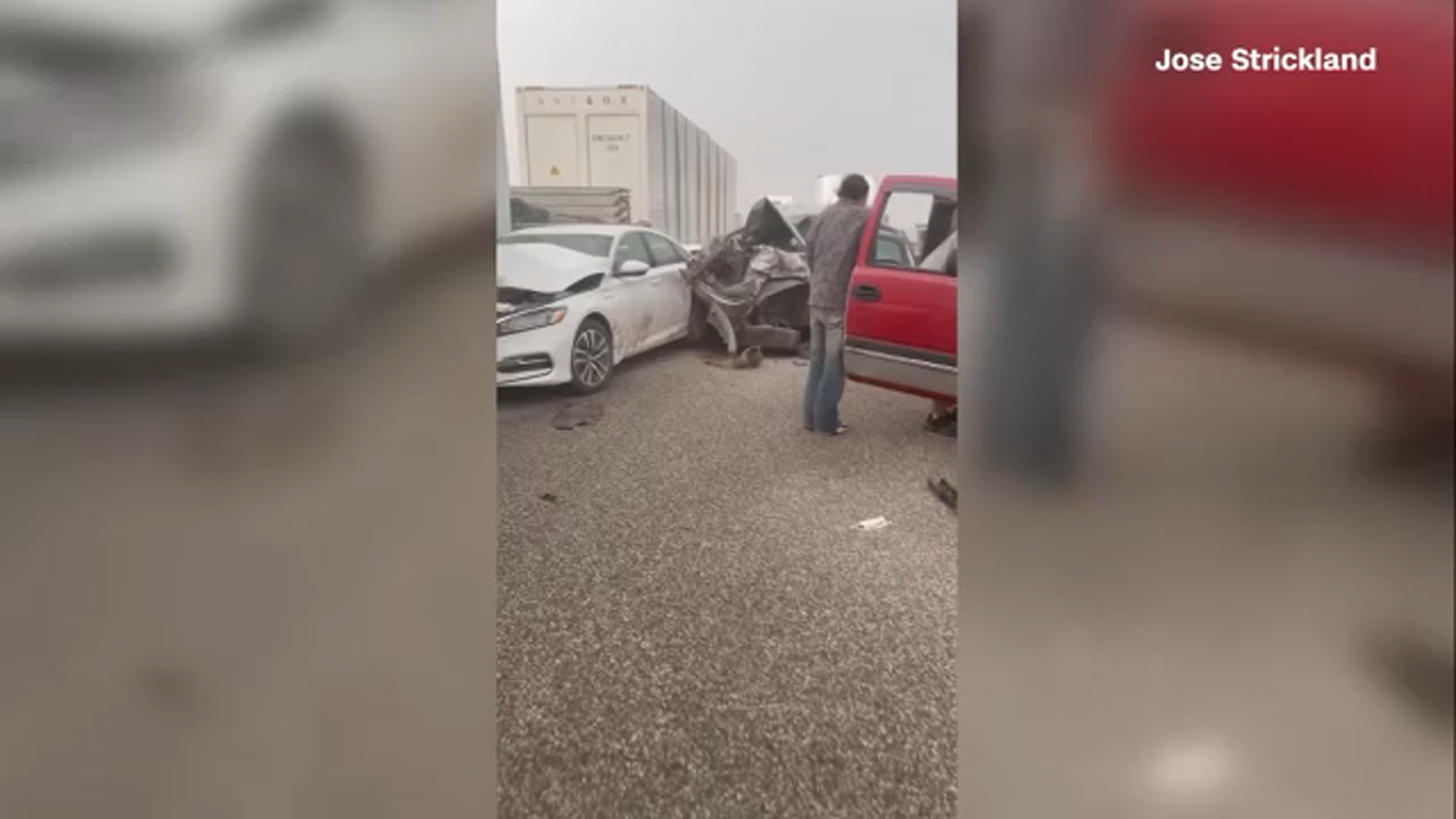