Samuel Olson death: Weapon that killed 5-year-old may have been found, prosecutor says 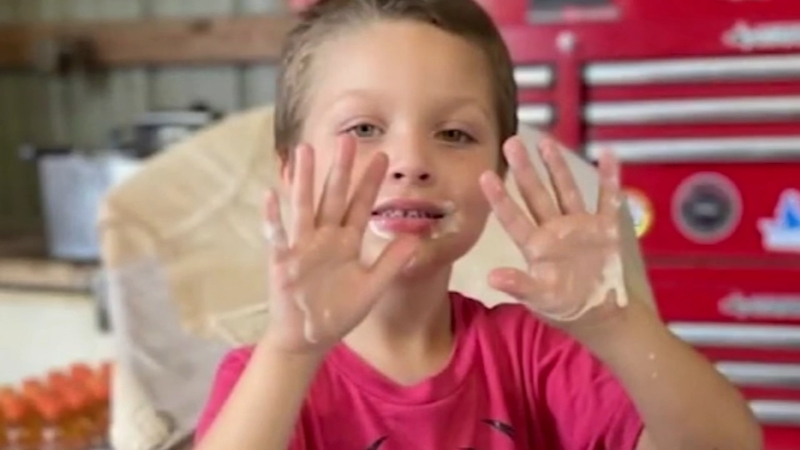 Weapon that killed 5-year-old may have been found, prosecutor says

HOUSTON, Texas (KTRK) -- As the second person charged in the death of 5-year-old Samuel Olson posted $100,000 bond on Thursday, the chief prosecutor in the case revealed that a weapon that may have been used to kill the boy has been located.

Ben Rivera faced a judge Thursday morning as he heard the conditions of his bond.

Authorities say the 27-year-old was the roommate of Theresa Balboa, who is also charged with the same tampering charge.

Rivera is accused of helping Balboa hide the lifeless body of the 5-year-old boy, who is the son of Balboa's boyfriend.

On top of being ordered to house arrest, Rivera was banned from the use of firearms, as well as being in contact or around children and family members of Balboa or Olson.

After Thursday's hearing, Andrea Beall, the chief felony prosecutor in the case, said Rivera is cooperating with homicide investigators at the moment, though they are trying to verify his statement with the evidence in the case in order to make sure he's trustworthy.

Beall also revealed that they believe they found the weapon that may have led to the boy's death. No specifics were given as to where the weapon was found. Additional testing is being performed on it to confirm whether it was used to killed Samuel.

Samuel was found dead in a plastic container wrapped in a tarp and duct tape in a Jasper motel room on June 1, along with his father's girlfriend, Theresa Balboa.

Court documents offered grim insight into Balboa's alleged moves to hide the boy's body. Her roommate was said to have helped her.

Balboa is not due back in court until July.

Although Balboa and Rivera are both charged with tampering with evidence in the case, no charges have been filed for the child's murder.