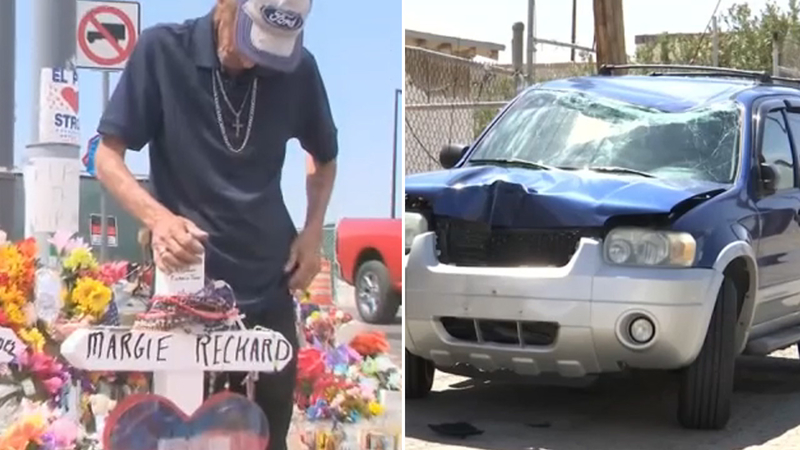 EL PASO, Texas -- The man who went viral for inviting the world to his wife's funeral in El Paso is dealing with a new setback after someone reportedly stole his SUV.

Margie Reckard was one of the 22 people killed when a gunman opened fire at a Walmart on Aug. 3.

Reckard's husband, Antonio Basco, had almost no family left, so he invited everyone to join him in remembering his companion of 22 years .

Over the weekend, thousands of strangers came to say goodbye to Reckard.

But just one day after her service, Basco's SUV was apparently severely damaged in a crash after being stolen.

A tow truck driver told KTSM the damaged vehicle, which had windshield, hood and roof damage, was recovered Sunday.

The driver said he towed it back to Basco's home for free after recognizing his name from media coverage of the shooting.