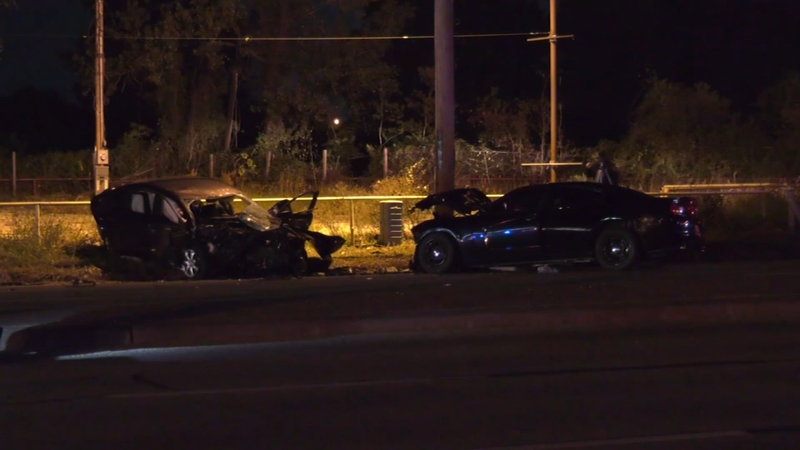 Woman in critical condition after crashing into deputy

HARRIS COUNTY, Texas (KTRK) -- A woman is in critical condition after crashing into an off-duty Waller County sheriff's deputy.

Deputies say the woman lost control around 8:00 p.m. Thursday on FM-1960 at Solon Road in northwest Harris County after hitting a curb.

Witnesses say the woman went across the center lane into oncoming traffic, crashing into the deputy's Dodge Charger head-on.

The deputy was taken to the hospital and is expected to survive.

The woman was taken to Memorial Hermann via Life Flight.