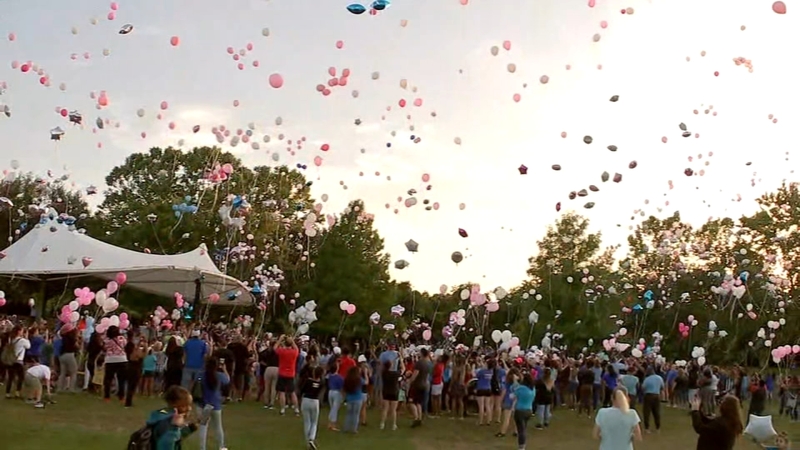 SUGAR LAND, Texas (KTRK) -- As the search for 4-year-old Maleah Davis was temporarily suspended Wednesday night, community members were searching themselves for answers about how this all happened.

A vigil and balloon release at Oyster Creek Park in Sugar Land brought out a couple hundred people.

Stafford Fontenot came to the vigil hoping to remind fathers to step up in their own children's lives.

"I'm telling all fathers to keep a tab on your kids," he said.

Many others, like organizer Cierra Sims, look at Maleah's picture and see their own children staring back.

"It just hurts. It hurts really deep," Sims said. "Because I couldn't imagine not knowing where my baby was."

Many attendees know details about Maleah, including the abuse allegations and shocking twists in the story of her disappearance.

They describe her young life, filled with pain.

"She's been through more in her four years that I've been in 52 years," attendee Trivia Dieli said.

Many others said they follow each update on the case, feeling a connection with Maleah and a sense of loss.

"I will never forget this," Dieli said. "Never."