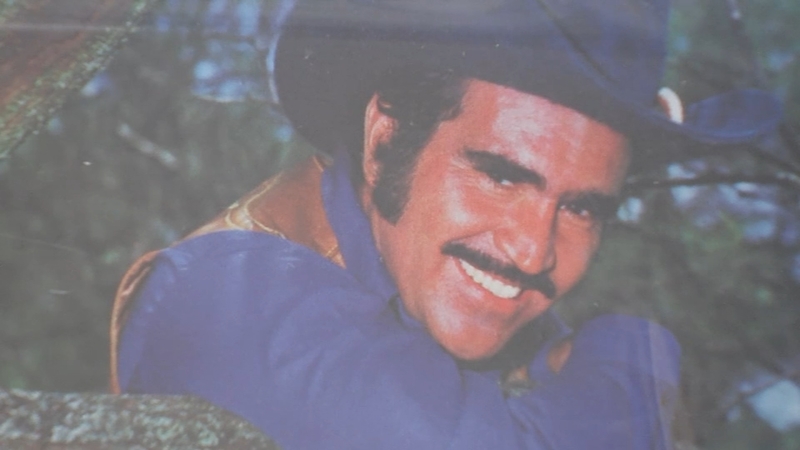 Vicente Fernandez's death like losing a loved one, fans say

HOUSTON, Texas (KTRK) -- People all over the world are still mourning the loss of Mexico's national treasure, Vicente Fernandez, who died at the age of 81.

"Vicente, I feel like I've lost a member of the family," said Guillermo "Memo" Villareal, the owner of Memo Record Shop in Houston's East End.

Fernandez, El Rey de la música ranchera, was more than just a singer. His music is generational and nostalgic.

Over the weekend, Mario Lopez tweeted, "His music is the soundtrack of a ton of memories growing up." This is why many around the world feel like they lost a loved one.

"We're losing a very, very big icon and influence to the world. To the Spanish world, at least," said fan Jacob Franco.

"Chente," as he was lovingly called, started out singing for tips on the streets of Guadalajara. He rose to the top, becoming one of Mexico's most popular musicians. He sold more than 65 million albums and filmed about 40 movies.

His image is recognizable around the globe, dressing as a charro, a traditional horseman, sometimes even singing on horseback and taking swigs of tequila at his sold-out concerts. One of his hand-stitched charro suits can be found right in Memo's record shop. Countless other memories and memorabilia can also be found at the shop.

"In, 1968... I brought Vicente to Houston. I was the first promoter to bring Vicente to Texas," Memo said proudly.

To Memo, Fernandez is more than a cultural icon. He was a close friend.

"I don't think there's going to be another Vicente Fernandez soon," he said.

After being hospitalized for months due to a spinal injury after his fall in August, Fernandez died Sunday morning. Soon after the announcement of his passing, fans gathered outside of his Mexican ranch.

This is a loss felt around the world that even George Strait tweeted, in part: "One of my heroes. May he rest in peace, and may God bless and comfort his family hasta la cruz, Chente".