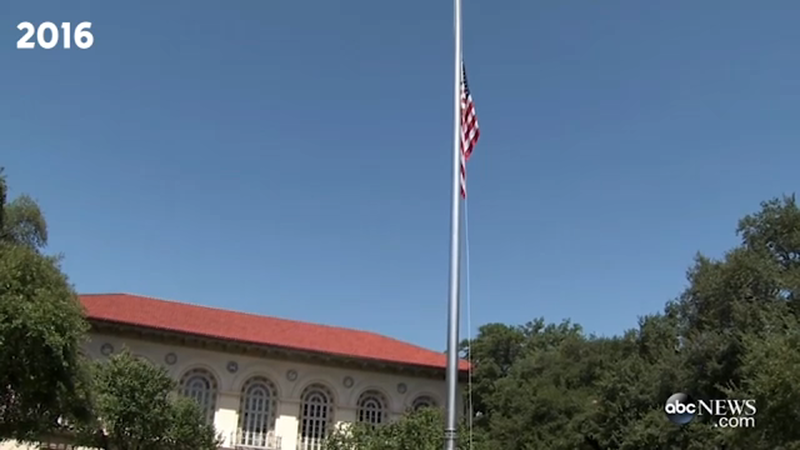 AUSTIN, Texas (KTRK) -- It's been 55 years since a University of Texas student and Marine-trained sniper climbed to the top of the UT tower and began shooting, marking the beginning of what many consider to be the first mass shooting in United States history.

On Aug. 1, 1966, 16 people died, including the gunman's wife and his mother, both of whom he had killed before his rampage from high above the Austin landscape.

A 17th person was added to the death toll years later in 2001 when the victim died from complications related to his injuries from that day.

Charles Whitman took rifles, pistols and a sawed-off shotgun to the observation deck of the clock tower and opened fire as unsuspecting students walked along the campus grounds below.

Rick Cloud was on campus that day and remembers the violence. He told the Texas Standard's Laura Rice that he thought the commotion was a military exercise outside.

"I think about it every August," Cloud said. "For my generation, it's when Kennedy was killed, and this is one on a personal level that I'll always remember."

Thirty-one people were injured during the ordeal.

The violence was ended when two Austin police officers, Houston McCoy and Ramiro Martinez, along with two other men, made it to the observation deck and cornered Whitman before shooting him to death.

The university unveiled a memorial to the victims in 2016 and dedicated an existing garden just north of the tower as a tribute.