Gov. Abbott is being blamed for not replenishing the Universal Service Fund 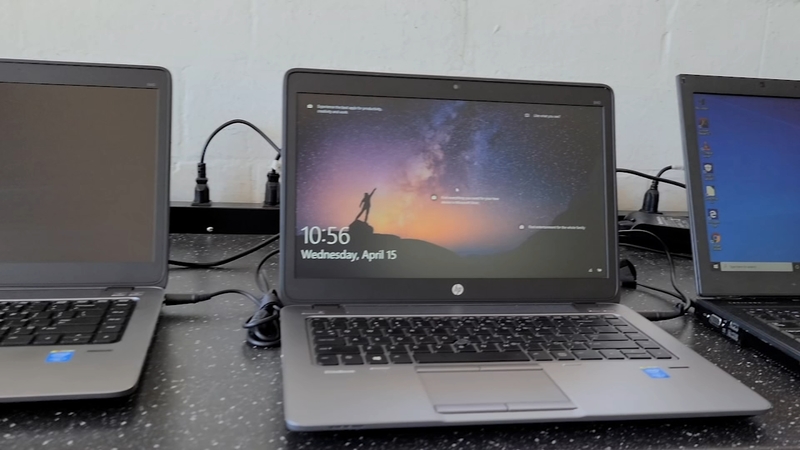 HOUSTON, Texas (KTRK) -- As he campaigns in rural Texas, Beto O'Rourke is accusing Gov. Greg Abbott of stifling efforts to improve broadband internet access there, even after Abbott prioritized the issue in the regular legislative session earlier this year.

O'Rourke, a Democrat who announced in November he is running for governor, has started criticizing the Republican governor for vetoing a bill in June that would have helped replenish the Universal Service Fund, which supports telecommunications and internet services for more than 1 million rural Texas households. Abbott argued the bill "would have imposed a new fee on millions of Texans."

The bipartisan supporters of the legislation say it was badly needed to help shore up revenue for the fund, which relies on a surcharge on in-state voice calls and has been bleeding money for years. The less revenue the fund has, the less money it has to reimburse providers, making service harder to maintain and more costly to provide in far-flung areas of the state.

On Tuesday, O'Rourke published a newspaper op-ed on the issue, saying it is "part of a broader trend of state leaders turning their backs on rural communities."

Abbott's campaign responded to O'Rourke by touting the progress made on expanding broadband access after the governor made it an emergency item at the start of the regular session. Abbott spokesperson Renae Eze said in a statement that the governor "signed 6 broadband reform bills, including appropriating more than $500 million, to significantly expand broadband access throughout Texas, especially in rural areas."

The main piece of legislation to pass was House Bill 5, which set up a state broadband office to identify areas of need and coordinate funding for them.

But those bills that Abbott championed are a separate issue from the Universal Service Fund, according to industry experts and the GOP author of the bill that Abbott vetoed.

"While House Bill 5 was important ... it is a different subject entirely from universal service," said Mark Seale, executive director of the Texas Telephone Association.

The funding from House Bill 5 can support upgrades or expansions, but the Universal Service Fund maintains the current telecommunications infrastructure, Seale said.

Texas has long maintained the Universal Service Fund to subsidize network phone service in rural areas where it is harder to provide. To do so, it charges a 3.3% assessment, or tax, on voice calls made within the state, landline and cell, that providers pay and then pass on to consumers. However, the fund has depleted as Texans make fewer voice calls and wireless companies change their billing methods, allocating more charges toward data and away from voice. That has led to an estimated $10 million shortfall in the fund per month starting last January, according to providers.