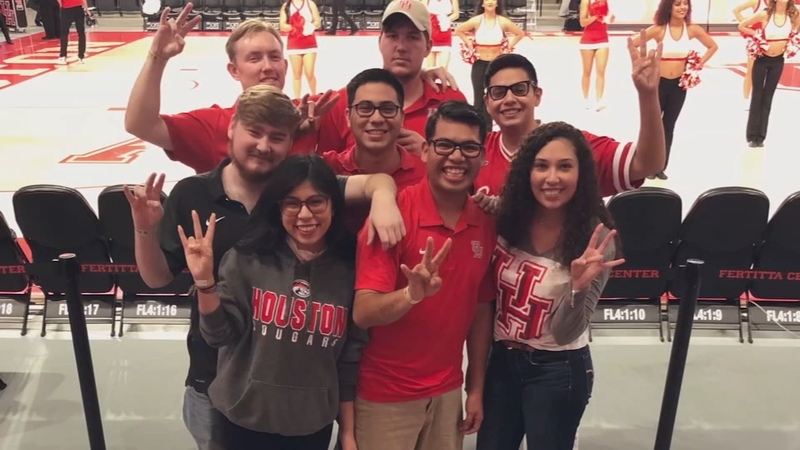 How UH basketball went from empty stadiums to packed stands

HOUSTON, Texas (KTRK) -- Edwin Mascorro arrived at the University of Houston as a freshman in the fall of 2014, which happened to be the same time Coach Kelvin Sampson arrived at the school.

Mascorro did attend some basketball games that season, but it wasn't due to a major love of the team, the sport, or the new head coach. He went because his chemistry professor offered extra credit in exchange for attendance.

"I don't remember who they played," said Mascorro. "There were barely any fans in the stands."

In 2015, Sampson began walking around the UH campus in an effort to convince students to take notice and go to the games as the school's basketball program was on the rise. Sampson's determination struck a nerve with Mascorro.

The family has always been close, and what they're seeing now is yet another monumental moment in the Sampson basketball legacy.

"I made it a mission," said Mascorro on recruiting fellow students to the game. "They deserve a crowd out there."

Mascorro's efforts caught the attention of Sampson, who even met with him to discuss ways to get more students into the school's arena. Those efforts have paid off on the court, as Sampson has the Cougars in the NCAA Final Four for the first time since 1984.

"I didn't know the university would have bought into the vision of Coach Sampson," said Mascorro. "That's amazing."