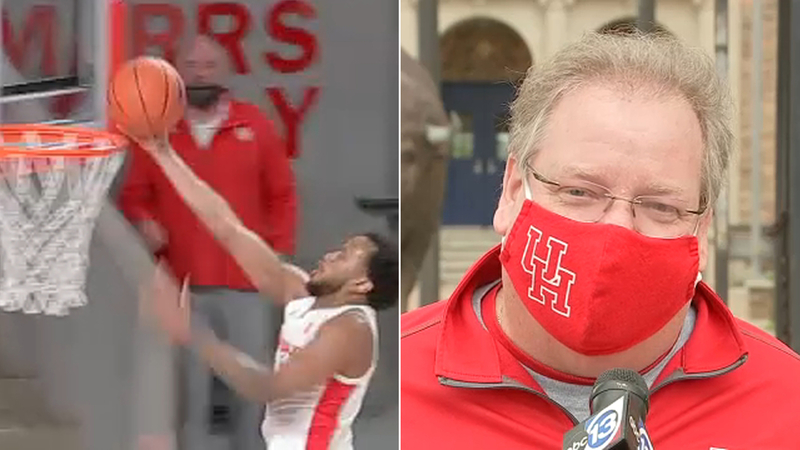 HOUSTON, Texas (KTRK) -- Jim Duffer always knew he wanted to be a coach.

After graduating from Milby in 1980, Duffer became a student manager at the University of Houston.

And what a time to be a part of the basketball program during the Cougars' most successful time in their history: Phi Slama Jama.

In the video above, watch Eyewitness Sports' interview with Duffer, recalling the Coogs' glory days in the '80s and the reasons he thinks this year's Final Four team can win it all.

Not only was Duffer learning from one of the best, the teams at UH during his time there made three trips to the Final Four, with players like Lynden Rose, Hakeem Olajuwon and Clyde Drexler, to name a few.

Duffer cherishes the memories of being at the Final Four, knowing how rare it is to go once, but three times in 1982, 1983 and 1984. These are memories he holds dear.

After UH, Duffer returned to his alma mater Milby to assist legendary head coach Boyce Honea for 13 years before becoming the head coach. He won the state title, leading the Buffs to a perfect 39-0 record and a No. 1 ranking in the nation.

Coach Duffer retired in 2016, but has recently returned to Milby to help out on a part-time basis around the school. He is also at every home UH basketball game.