What is 'Public Charge Rule'? Why are certain states pushing to enforce it 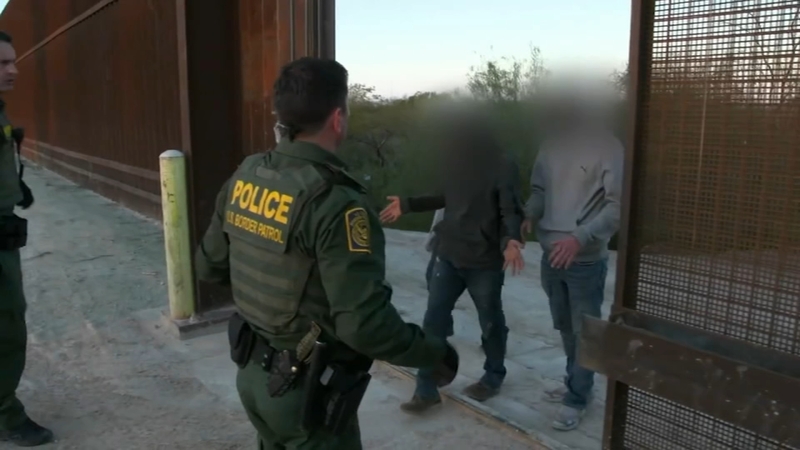 Why are certain states pushing to enforce Trump-era immigration policy

WASHINGTON D.C., (KTRK) -- The state of Arizona, along with 12 other states, continues to enforce a Trump-era immigration policy called the 'Public Charge' rule.

On Wednesday, the Supreme Court heard the arguments from the state of Arizona defending the legality of the public charge rule which is an immigration policy created under the Trump administration.

"The Public Charge Rule came about in February of 2020 under the Trump Administration," said Mark Jones, a political science professor with Rice University. "What it says is that immigration officials should take into account the use of public services by potential green card holders in evaluation if they should be given a green card or not."

Jones said the policy was originally opposed by the city and county of San Francisco and now Arizona, along with 12 other states, wants to bring the policy back and argue states' have the authority to enforce it.

Jones said he believes this case has more to do with politics than policy change.

"Overall, I think, what you see is the Biden administrations' decision not to continue this enforcement of this Trump rule, related the public charge," Jones said. "One more piece of evidence is attempting to roll back on many of the Trump-era (immigration) reforms that were done. Not via the legislature, because things are frozen there, but via the executive branch."

Wednesday's hearing happened just days after the Supreme Court justices agreed to review whether the Biden administration has to enforce another Trump-era policy that impacts asylum seekers.

Renata Castro, a founding member of The Castro Legal Group said these disputes could be avoided if there was comprehensive immigration reform.

"It's about time we stop sweeping the issue of immigration reform under the rug and having a bipartisan reasonable solution that addresses the America of today," Castro said. "For those border communities, those members of the community who are concerned it is important that you seek immigration advice from an attorney so that you can explore any legal option that you may have and try to pursue immigration relief so that you don't have to live in fear."