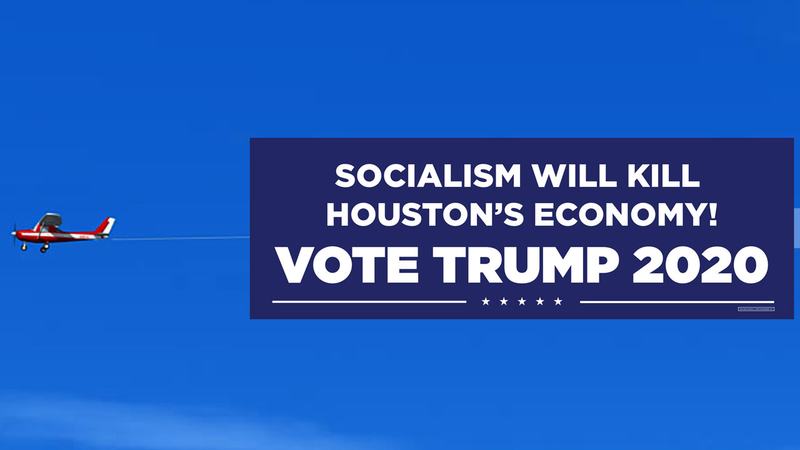 HOUSTON, Texas -- While some may be anticipating sparks to fly between Democratic candidates onstage, the Trump campaign plans to literally fly its counter messaging in the air above Houston ahead of Thursday's debate.

President Donald Trump's campaign intends to counter-program the Democratic primary debate hosted by ABC News and Univision with an ad blitz that includes two front-page newspaper ads and flying a massive banner in the air that blasts socialism just before candidates take the stage.

"Socialism will kill Houston's economy!" the ad reads, along with a number to text, according to a rendering provided to ABC News by a Trump campaign official.

The campaign is spending around $7,500 for the flight and production of the ad, which is scheduled to fly from 2 p.m. to 6 p.m. local time -- an hour before Democrats are set to square-off in their first one-night debate this cycle.