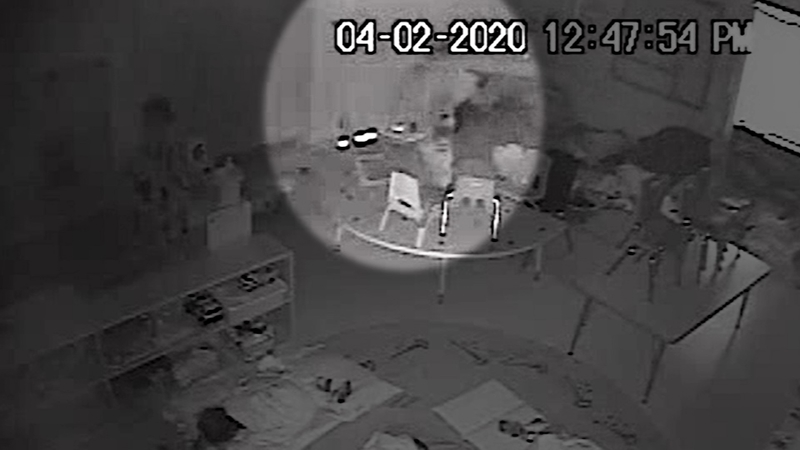 CROCKETT, Texas (KTRK) -- The parents of seven children have filed a lawsuit against a day care, accusing it of repeated neglect and abuse, and some of the alleged violence was caught on camera.

In the video, the worker is seeing flipping the toddler over as he cried. Then, she jerked him across the floor.

Crockett is just northeast of Houston. The lawsuit was filed in Montgomery County.

The child's mother, Paula Vargas Mendez, said she knew something was wrong, especially when her son thought he was in trouble. She then discovered the video.

Vargas Mendez also worked at the day care, so she said she thought her son was safe, until she saw the video.

How upset would you be if this was your child, at his daycare, where children are supposed to be safe? Tonight, I spoke with his mother about Treehouse Academy in Crockett where this happened. #abc13 pic.twitter.com/K6ku4mwlHD

According to a Crockett police report, there were more videos like it, involving more children. Three female workers were charged, but when they were no-billed last December, Vargas Mendez and the parents of six other children were not satisfied. Now, they are suing the day care.

"It was like it's sending out the wrong message. It's telling day care workers that, 'Hey you can do this much and you can get away with it,'" said Vargas Mendez. "It's not OK, and I don't want that to happen to anybody else's kid."

The lawsuit alleges physical and verbal abuse, violations of state-required minimum standards and a failure to teach specific curriculum. Treehouse Academy's state compliance history report includes 12 deficiencies over the last five years - six of them were considered high. According to state standards, corporal punishment is never allowed in day cares.

The attorney for Treehouse Academy responded late Monday but did not issue a statement.

Trial in the case is scheduled for April 2022.

"These parents trusted this child care center to provide quality care for their children in a safe environment. The Treehouse Academy violated this trust by failing to protect these children," said Bradley Leger, the families' attorney.