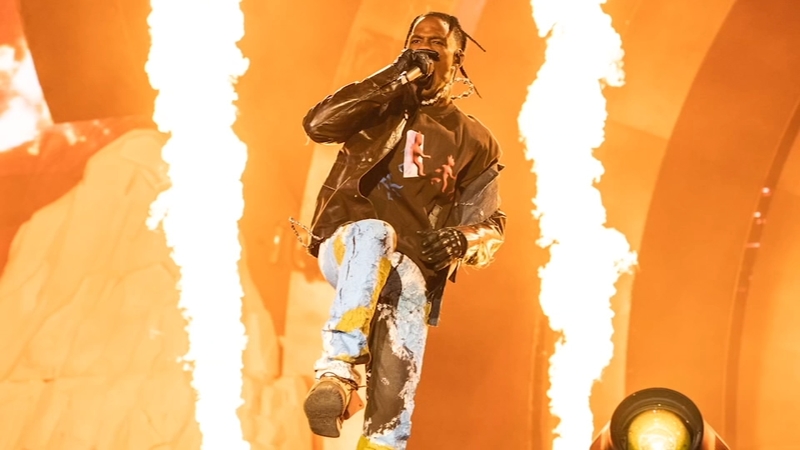 According to Hollywood publications, including TMZ and Rolling Stone, Scott's private performance was for a pre-Oscars party in Bel Air, California.

More than four months have passed since the Astroworld tragedy claimed 10 lives and left hundreds injured.

On Monday, a civil court judge will review the lawsuit's status related to the November 2021 tragedy.

Previously, the nearly 400 lawsuits filed on behalf of concertgoers were consolidated into one civil case.

ABC13's Legal Analyst Steve Shellist said the status conference scheduled on Monday is a standard part of the process.

"Right now, they are going to fight over the evidence," Shellist said, "that's normal. That is going to go on for a while."

On the agenda for the Status, conference are several issues raised by attorneys on the case, which the judge could address all at once. There is also an emergency motion filed on behalf of the family of the youngest concert victim, Ezra Blount, requesting the sweeping gag order to either be lifted or revised. It is unclear if that request will be resolved on Monday.

"This is just going to be one of many status conferences that this judge has probably on a monthly basis, I would guess," Shellist said. "To stay on top of the parities. On top of the case and make sure it runs smoothly, and it doesn't drag out until the year 2030."

Shellist said eventually, the court process will move forward to the depositions, when witnesses, concertgoers, and other people involved in the case will be questioned under oath.

"They are in an experienced judge's court, and this judge is going to control the proceeding to make sure that they will run smoothly," Shellist said. "Fireworks won't come until later."

According to online records, the status conference is scheduled for 1:30 p.m. on Monday, at the Harris County Civil Courthouse, in downtown Houston.