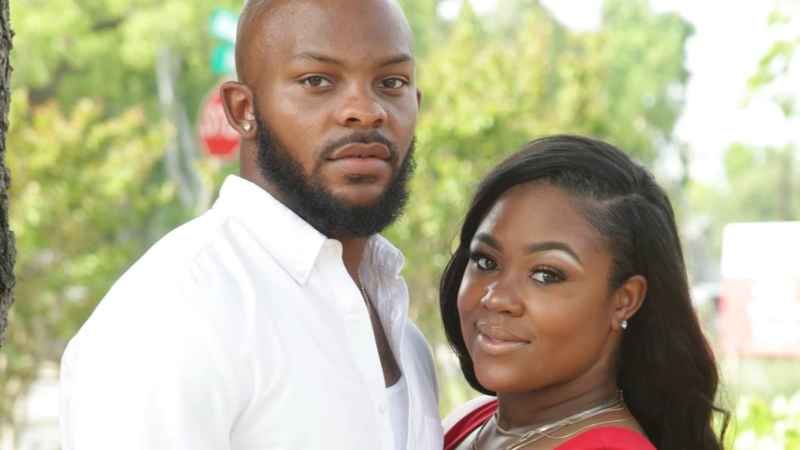 ROSENBERG, Texas (KTRK) -- The wife of the Travis High School football coach who was murdered says his suspected killer had threatened them just days before the shooting.

"He told me I would be a widow," said Laricea Lauderdale during an interview with Eyewitness News.

The suspected killer, James Hamilton, is the biological father of Laricea's two children.

Hamilton is accused of shooting 29-year-old Derwyn Lauderdale to death on Saturday, Oct. 11, at the Seabourne Creek Sports Complex where her son was supposed to play in a football game.

"We didn't even get to the game. We pulled up, we parked, he pulled up next to us, we got out the car and in the blink of an eye, that was it," said Laricea.

Coach Lauderdale was in his first year of high school coaching at Travis.

"The kids loved him, the staff, students, players," Laricea said. The couple were still newlyweds when he was killed.

"He was just so happy all the time," she said.

Hamilton has been charged with murder and is being held on a $500,000 bond.