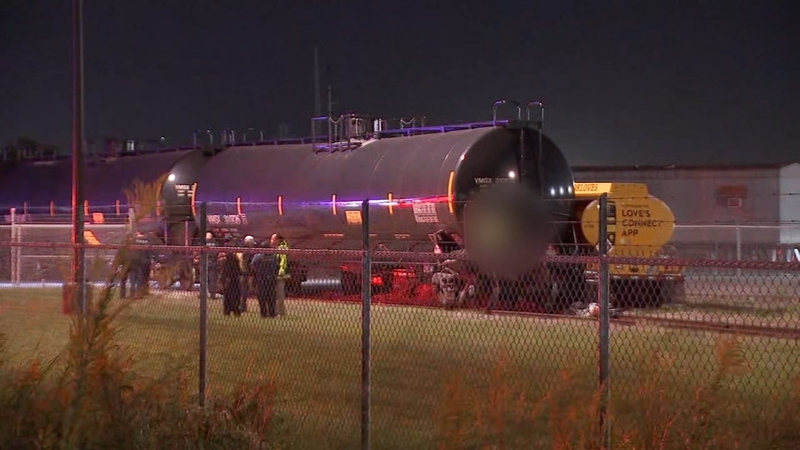 HARRIS COUNTY, Texas (KTRK) -- A conductor was killed in an accident at a rail yard on the east side, where he may have been pinned between a train and an 18-wheeler.

Harris County Sheriff Ed Gonzalez said in a tweet at about 5:45 a.m. Friday that his deputies responded to 1755 Terminal Rd., which is off Federal Road and south of I-10, for a fatal crash involving a train.

Gonzalez said that according to initial information, a conductor was standing at the rear of the train as it backed out of a private rail yard.

Authorities believe the conductor was trying to guide the train's engineer as it reversed, when an 18-wheeler crossed the tracks at the same time, possibly pinning the conductor against the truck.

The man died at the scene.

@HCSOTexas units are at 1755 Terminal Rd, investigating a fatal crash involving a train. Initial info: the train, with a conductor standing at the rear, was backing out of a private rail yard. At the same time, an 18-wheeler was crossing the tracks. The train driver continued pic.twitter.com/F2Po6SCLIM

It appears the train worker at the rear of the train was attempting to guide the train driver as the the train reversed. https://t.co/wv37qh0XgJ