KTRK
By Charlie Haldeman
CALCASIEU PARISH, Louisiana (KTRK) -- For people in Lake Charles, a trip to Houston usually takes two-and-a-half hours, including a stop or two along Interstate 10 at a place like Stuckey's Pecan Shoppe near Hankamer or the newer, fanatical Buc-ee's in Baytown.

Late this week though, it took some travelers as many as ten hours to make that same drive.

Mandatory evacuations issued ahead of Hurricane Delta for much of southwest Louisiana sent a swell of cars, trucks and even campers onto the highways and the area's lone freeway as residents cleared out of danger's path.

Riding out a storm is not uncommon in Louisiana, but after Laura, it seems more people have left ahead of Delta.

RELATED: 'Hurricane fatigue' might be settling in with 8th Gulf storm of 2020

Many of those who left had already spent six weeks picking up what Hurricane Laura left in late August.

Now, the fear of doing it all over again is as widespread as the frustration over getting out.

"What we have been through with Laura, looking at Hurricane Delta really is a scary proposition for Lake Charles," Mayor Nic Hunter told residents Thursday in a Facebook video.

Homes that weren't destroyed outright by Laura have been left for now. While some already have new roofs, many others still have tarps where shingles once were.

Keeping a light rain out of a damaged home is challenging enough, never mind a major hurricane that's on the way.

The sight of so many people leaving the area was likely a welcome one for law enforcement including Calcasieu Parish Sheriff Tony Mancuso, who pleaded with residents on Wednesday.

"Dig deep in your soul, in your heart. Do what's right," Mancuso said.

Progress on the road may have been slow. The sounds of airbrakes on Interstate 10 were all too frequent early Friday morning. The frustrating crawl away won't likely be in vain as Delta creeps closer.

SEE ALSO: I-10 packed with evacuees trying to get out of Louisiana ahead of Delta 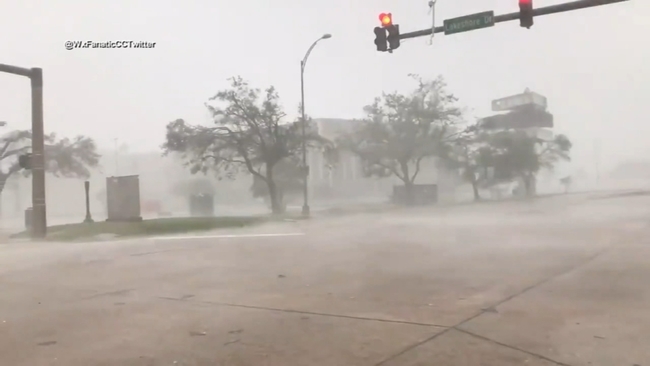