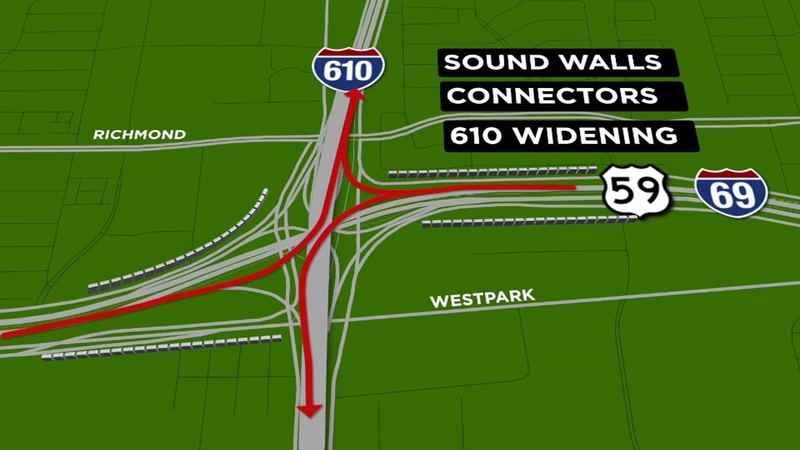 Construction on West Loop interchange to begin next year

HOUSTON, Texas (KTRK) -- Even if he wanted, Shannon Holmes, who needs to see clients for his work in AC/Heating repair, couldn't avoid the West Loop interchange.

Holmes is not alone. Thousands of drivers feel the same way.

In fact, the interchange between the West Loop and the Southwest Freeway is the most congested in the state of Texas.

TxDOT and elected officials gathered Monday to break ground on a $259 million project to widen most of the interchange's direct connectors.

"If it's going to help Houstonians get around, I can see the point in it, but it's going be a long drawn out process," said Holmes.

Right now, there is already utility work happening along Westpark, South Rice, and other side streets, but this summer, construction crews will begin work on sound walls along 610 southbound and the Southwest Freeway southbound.

Construction crews will reconstruct the 610 exit to Fournace and southbound Post Oak Boulevard.

TxDOT says it will usually keep three main lanes of traffic open in each direction on the West Loop during construction, working seven days a week, including nights and weekends, during the six-year project.