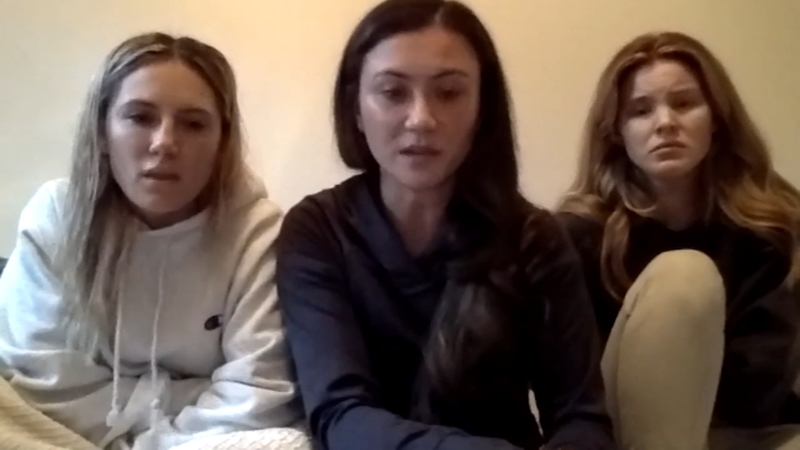 Friends say Alexis Sharkey broke down during a trip

HOUSTON, Texas (KTRK) -- Houston police are handling calls from across the nation as Alexis Sharkey's story continues to be shared all over America.

Eyewitness News learned homicide detectives asked some of those close to the case, not to talk about it publicly as they launch a probe into Sharkey's life and death. We've also learned investigators are looking into Sharkey's marriage as part of their efforts to determine what happened to the 26-year-old known for her Instagram presence.

Her husband, Tom Sharkey, told ABC13 reporter Steve Campion, Alexis was his life partner. He described the marriage as happy and solid. Friends close to her dispute that account.

They told ABC13 the marriage was on the rocks and in trouble.

Alexis Sharkey moved to Houston with her husband earlier in 2020. Now, she's gone, and family and friends are looking for answers. This looks at what happened before her death.

We've learned the couple lived at an apartment complex off the Katy Freeway just west of the Beltway in Houston's Energy Corridor. Investigators found Sharkey's body about three miles down the feeder road on Red Haw Street.

ABC13 spoke with three friends close to Sharkey who simply called her "Lex or Lexi." Lauren Breaux, Ally Cale, and Courtney Ehninger said their friend feared for her life and was worried about her safety in the weeks leading up to her disappearance.

"We don't know what happened. We obviously have had ideas. We believe she was murdered, absolutely," said Breaux. "I'm going to be honest, she confided in me about how worried she was for her safety when we went to Marfa, Texas almost a month ago. We were sitting down at dinner and she lost it. We walked back to our hotel room and she confided in me that night in things. I looked at her [and thought], 'She's petrified. This girl is scared for her life.'"